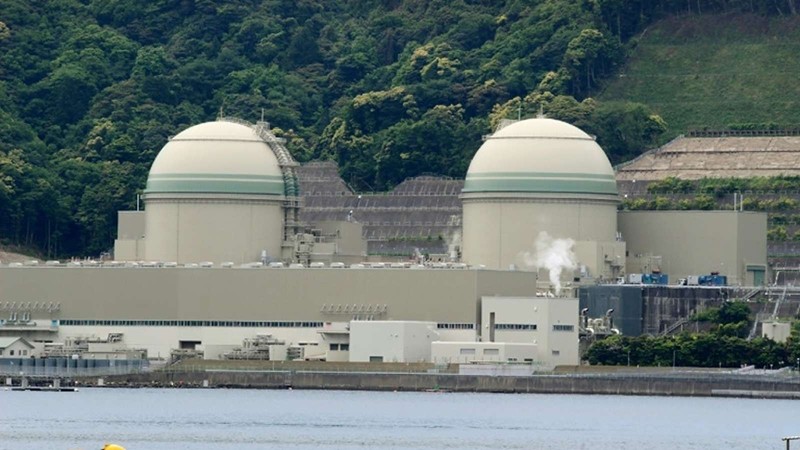 A suspected World War II bomb was found Thursday on the premises of Japan's crippled Fukushima nuclear plant, an official said, with police called in to investigate.

The 85-centimeter (2.9 foot) long object, believed to be an unexploded bomb dropped by the United States during the war, was discovered by workers constructing a parking lot close to the facility's reactors, a spokesman for Fukushima operator Tokyo Electric Power Co (TEPCO) said.

TEPCO called police immediately upon finding the object, suspending construction work and roping off the area around one kilometer (0.62 mile) from the reactors, he added.

There was no impact on ongoing decommissioning operations at the nuclear plant, which suffered meltdowns in March 2011 after a powerful earthquake spawned a huge tsunami.

Unexploded U.S. bombs and shells are still occasionally found in Japan more than 70 years after the conflict ended in 1945, particularly on the southern island of Okinawa where an extremely bloody battle took place in the war's closing months.

A Japanese military airport existed in the area around the Fukushima site in northeastern Japan during the war, and the area was a target of U.S. bombing raids.

The meltdowns at Fukushima in 2011 were the world's worst such accident since Chernobyl in 1986.

TEPCO and the government are facing a four-decade task of cleaning up and decommissioning the facility, while tens of thousands of people remain displaced, the majority from Fukushima prefecture due to high radiation.