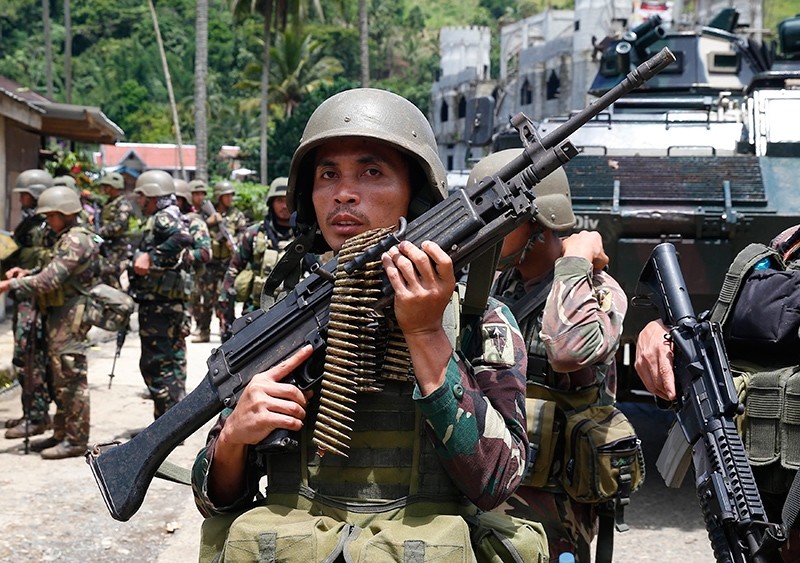 Fighting between government-backed separatist rebels and pro-Daesh militants have killed at least 25 people in the southern Philippines, the army said on Monday, as the military battles to restore order on the troubled island of Mindanao.

The island of 22 million people and roughly the size of South Korea is under martial law at least until the end of the year, as President Rodrigo Duterte tries to extinguish a growing threat of extremism taking a hold and turning the southern Philippines into a magnet for foreign fighters.

"Based on reports from ceasefire monitors, the two sides suffered 25 casualties, including 20 from the [Daesh]-inspired group," Besana said were being treated at a military hospital.

The military is concerned about the possibility that the BIFF, though smaller and less organized, could join forces with larger, more powerful militant group, Dawla Islamiya, better known as the Maute group.

The Maute group, with the support of armed elements of another group, Abu Sayyaf, has held the commercial heart of Marawi City through more than 80 days of clashes and air strikes by the military that have left 700 people dead and displaced some 600,000.

Army officials on Monday estimated about 20-40 militants were holed up in Marawi and believed to be holding scores of hostages as human shields, complicating efforts for a military aided by American technical support to retake the city.

The rebels were running out of options and could strap explosives on hostages and detonate if soldiers encircled their positions, the military said. There is no known precedent for suicide bombings in the Philippines.