China, India soldiers throw rocks at one another on disputed border 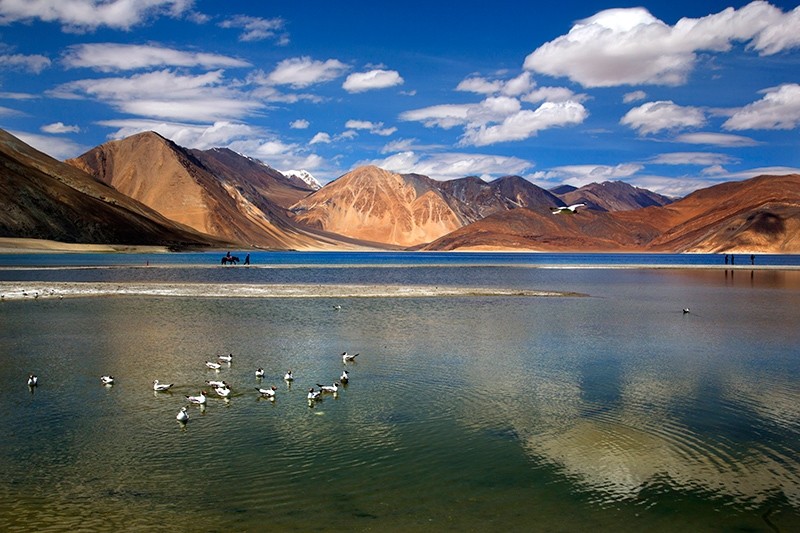 Indian and Chinese soldiers yelled and hurled stones at one another in the high Himalayas in Indian-controlled Kashmir, Indian officials said Wednesday after the altercation that escalates tensions between two nations already engaged in a lengthy border standoff elsewhere.

The Chinese soldiers hurled stones while attempting to enter Ladakh region near Pangong Lake on Tuesday but were confronted by Indian soldiers, said a top police officer. The officer said Indian soldiers retaliated but neither side used guns.

An Indian intelligence officer said the confrontation occurred after Indian soldiers intercepted a Chinese patrol that veered into Indian-held territory after apparently it lost its way due to bad weather.

The officer said soon the soldiers began shouting at each other and later threw stones. He said some soldiers from both sides received minor injuries.

After nearly 30 minutes of facing off, the two sides retreated to their positions, he said.

An Indian military officer said the skirmish was brief but violent and for the first time stones were used.

All the officers spoke on condition of anonymity because of the sensitivity of the issue.

Soldiers from the two countries are already locked in a bitter but non-violent standoff in Doklam, an area disputed between China and India's ally Bhutan, where New Delhi sent its soldiers in June to stop China from constructing a strategic road.

China demands that Indian troops withdraw unilaterally from the Doklam standoff before any talks can be held, while New Delhi says each side should stand down. China and India fought a border war in 1962 and much of their frontier remains unsettled despite several rounds of official-level talks.

The website of New Delhi-based English weekly India Today quoted a report by the Indian military intelligence which said the use of stones was unprecedented and appeared intended to heighten tension without using lethal weapons. The report said the worst that has happened earlier was an isolated slap or pushing between soldiers from the two sides.

The disputed Himalayan territory of Kashmir is divided between nuclear-armed India, Pakistan and China. The part held by China is contagious to Tibet.