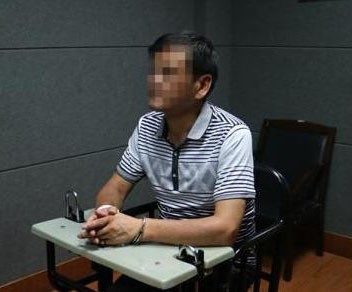 Life may be stranger than fiction for an award-winning Chinese crime writer who has been arrested in connection with a quadruple-homicide that took place more than two decades ago.

For 22 years, police in eastern Zhejiang province tried to crack the cold case of how a family ended up dead in the guesthouse they ran.

They filled stacks upon stacks of notepads with possible suspects and leads, only to learn earlier this month that the answer may have been hiding in plain sight at the local bookstore.

According to a police statement, Liu Yongbiao, a 53-year-old author, was arrested last week at his home in neighboring Anhui province along with a villager with the surname Wang.

They have been charged with and confessed to the murders.

Authorities told The Paper, a Chinese publication, that Liu remarked as he was being handcuffed: "I've been waiting for you here all this time."

Liu, who was a member of the prestigious Communist Party-led China Writers Association, worked with one of the country's largest publishing houses and had a novel turned into a television series.

In the preface to his novel "The Guilty Secret," according to The Paper, the writer revealed that he was working on a sequel starring a wordsmith who commits a series of murders but is never caught.

The book's planned title was "The Beautiful Writer Who Killed".

The gruesome nature of Liu's own alleged crime would have provided ample fodder for his story.

On the evening of November 29, 1995, police said, two men checked into a guesthouse in Huzhou, a picturesque city on the Yangtze Delta, with the intention of executing a robbery.

They ended up bludgeoning to death the couple that owned the guesthouse and their grandson as well as another guest.

With authorities lacking advanced forensic technology at the time, they had just one thing to go on: the guesthouse staff's recollection that the two men spoke in heavy Anhui accents.

Then, nearly 22 years later this August, police said they made a "breakthrough" in part due to DNA testing, which pointed them to Liu and Wang.

At the time of Liu's arrest, he was editing a student paper and running a literature course, Chinese media reported.

Liu's students told the Beijing News that he never talked about his personal life.

Fang Ming, whom Liu tutored in writing from the sixth grade to the eighth, remembered his teacher as a solemn man.

"He rarely smiled and often criticized his students. Though he never raised his voice, he always wore his disappointment on his face."

Liu described himself as a "man of the countryside," Chinese media reported, having grown up poor in a village where his education ended after high school.

One of the officers who arrested Liu told The Paper that he handed him a letter addressed to his wife.

"I've been waiting for this day for the last 20 years," the letter said. "Today there is finally a conclusion. I can finally be free from the mental torment I've endured for so long."