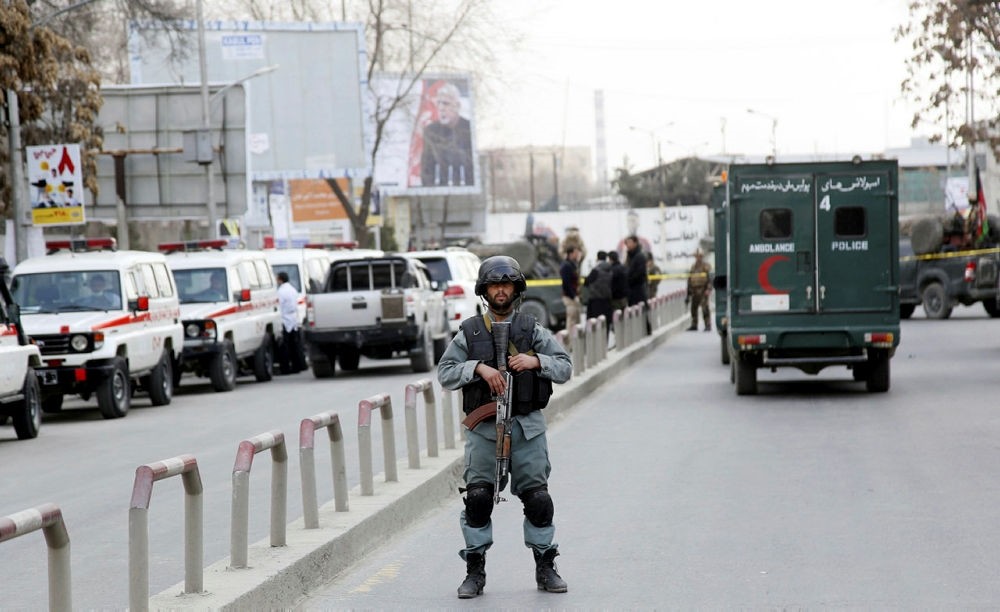 The attack came hours before US President Donald Trump is due to announce his long-awaited strategy for Afghanistan.

A siren used by the US embassy to warn of incoming rockets into the area could be heard by AFP reporters.

"A rocket has landed on the football field in Wazir Akbar Khan," a police officer told AFP.

He said there were no immediate reports of casualties.

The rocket landed near the site of a massive truck bomb that ripped through the area where most embassies are located on May 31, killing about 150 and wounding around 400 people, mostly civilians.

It comes after the Taliban last week warned Trump not to send more troops to the war-weary country.

US troops in Afghanistan now number about 8,400, well below their presence of more than 100,000 six years ago.

They mainly serve as trainers and advisers to Afghan forces. There are another 5,000 from NATO allies.