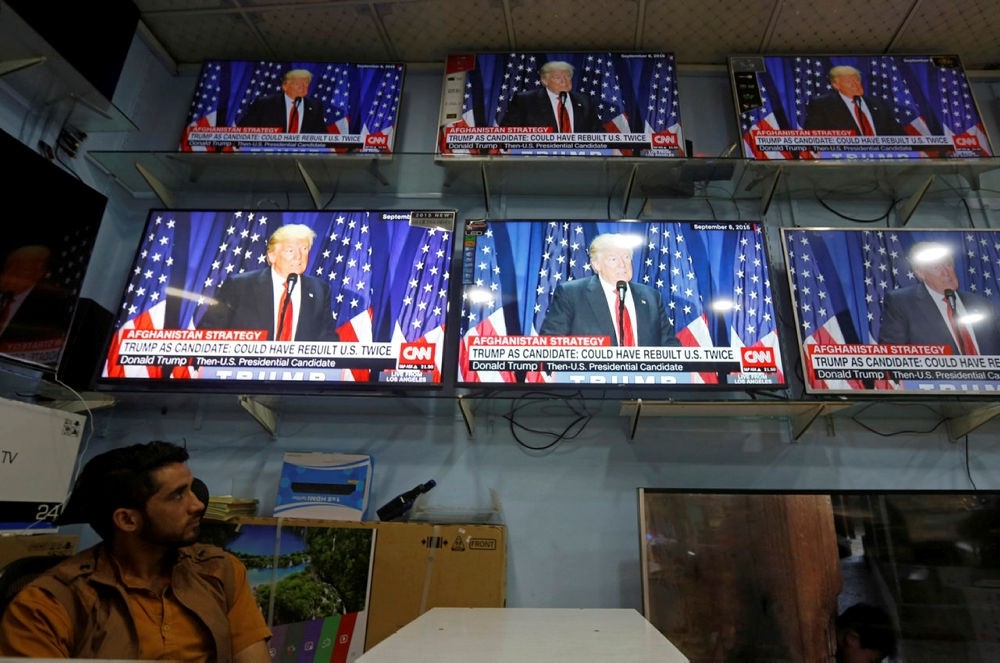 U.S. President Donald Trump has vowed success in Afghanistan, but analysts say his strategy contains nothing new against enemies which his predecessors could not defeat -- a sobering assessment that points to endless war for weary civilians.

The U.S. and Afghan governments face formidable opponents in the ascendant Taliban, weak and corrupt Afghan institutions and meddling regional powers -- plus the growing menace of Daesh.

The U.S. president vowed to leave American boots on the ground indefinitely while turning away from nation-building.

But his refusal to release details and define the conditions for victory have raised fears America's involvement in the conflict may never end.

"Strategy is about matching means to ends. I think we heard a lot about ends but rather little about means," James Der Derian, from the Centre for International Security Studies at the University of Sydney, told AFP.

Trump backtracked from previous promises to end America's longest-ever war during a primetime speech late Monday, paving the way for thousands more U.S. soldiers to be sent to Afghanistan.

While he refused to offer detailed troop numbers, senior White House officials said he had already authorized Defense Secretary James Mattis to deploy up to 3,900 more troops to Afghanistan.

There are currently 8,500 U.S. personnel in-country who are largely restricted to NATO's mission of training the 190,000-strong Afghan army and offering strategic support on certain missions.

Trump said withdrawing them would leave a "vacuum" that terrorists "would instantly fill", but analysts said sending a few thousand extra soldiers would only serve to deepen the American quagmire in the country.

"I'm sorry, but unless you are willing to commit 300,000 troops there's no filling the vacuum. That's the harsh reality of Afghanistan... of counter-insurgencies in general," said Der Derian.

"The Taliban can wait out another 4,000 troops. They have survived much worse," the security expert added, describing areas falling to insurgents and then being recaptured again as "a whack-a-mole phenomenon".

Trump's remark that "conditions on the ground, not arbitrary timetables" would guide strategy also met with scepticism from analysts, who questioned his long-term plan for the war and what a victory would actually look like.

"The United States has not actually defined those conditions," Javid Ahmad, a fellow at the Atlantic Council's South Asia Center, told AFP.

The Taliban, whose pockets have been lined with the profits from a bountiful opium poppy trade, and other insurgent groups have seen their areas of control or influence increase recently.

As of February only about 60 percent of Afghanistan's 407 districts were reported to be under government control, with the authorities in Kabul struggling to counter the militants' resurgence, according to the U.S. watchdog agency SIGAR.

Analysts predict Trump's strategy will only intensify the war, leading to more casualties in a conflict that began in October 2001 after the then-Taliban government refused to hand over Al-Qaeda chiefs following the 9/11 attacks.

Afghan civilian deaths are at their worst since records began in 2009. In the first half of the year, 1,662 civilians were killed and more than 3,500 injured, according to the United Nations.

More than 2,500 Afghan police and troops have been killed already this year.

"The Taliban and other belligerents are likely to respond with a new wave of violence across the country. There may be some spectacular attacks in urban areas to send their own message," said Ahmad of the Atlantic Council.

There are hopes that increased military pressure can over time force Taliban leaders to the negotiating table -- a prospect that Trump sounded sceptical about, although Rahimullah Yousufzai, a Pakistan-based expert on Afghan affairs, said some of the militants "may be willing".

They also want Trump to put pressure on their nemesis Pakistan which they blame for fuelling the deadly insurgency -- something which he said he would do.

Analysts warned that the pressure may not do much good: Pakistan wants to keep Afghanistan in its sphere of influence as a bulwark against India, which it sees as an existential threat and is unlikely to be deterred.

At any rate, some analysts say Washington's role on the world stage has shrunk, meaning Trump's more forceful rhetoric may not have the impact it once did.

"Trump should have a smart policy and be ready to play with many stakeholders," said Mohammad Alam Surosh, professor of political sciences at Ghazni University.

"He has to be very serious about putting pressure on Pakistan and Iran and find ways to convince Russia that terrorism is an international threat."