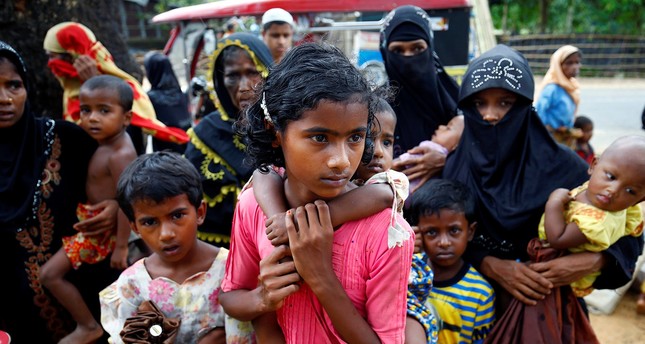 The U.K. on Tuesday urged the UN Security Council to convene regarding reports of mass civilian casualties after raids by Myanmar security forces against Rohingya insurgents.

"Need to address long-term issues in Rakhine, urge restraint by all parties," Rycroft posted on Twitter.

A series of coordinated attacks by Rohingya insurgents on security forces in the north of Myanmar's Rakhine state on Friday has triggered a fresh exodus to Bangladesh of Rohingya Muslim villagers trying to escape the violence.

Meanwhile, NGOs in Europe have condemned ongoing violence in Myanmar, describing it as "inhumane" and "ethnic cleansing."

Esad Memic, the head of Bosnian Muslims in Austria, urged the international community to take steps to protect the Rohingya minority.

Mohammad Faroque al-Madani, an executive member of the Bangladesh Islamic Centre in Vienna, also called on Muslim countries to raise their voice. 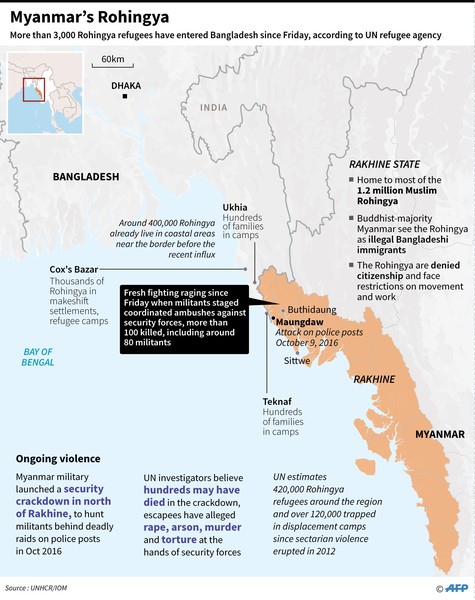 Calling for economic sanctions and diplomatic pressure on Myanmar for its army's strategy, Nourdeen Wildeman, president of the As-Salaamah foundation in Utrecht, the Netherlands, said there had been a systematic stripping away of people's rights in Myanmar.

"Civilians live under the pain of death. The situation is terrifying. The international community should urgently take control of it at the highest level."

The region has seen simmering tensions between its Buddhist and Muslim populations since communal violence broke out in 2012.