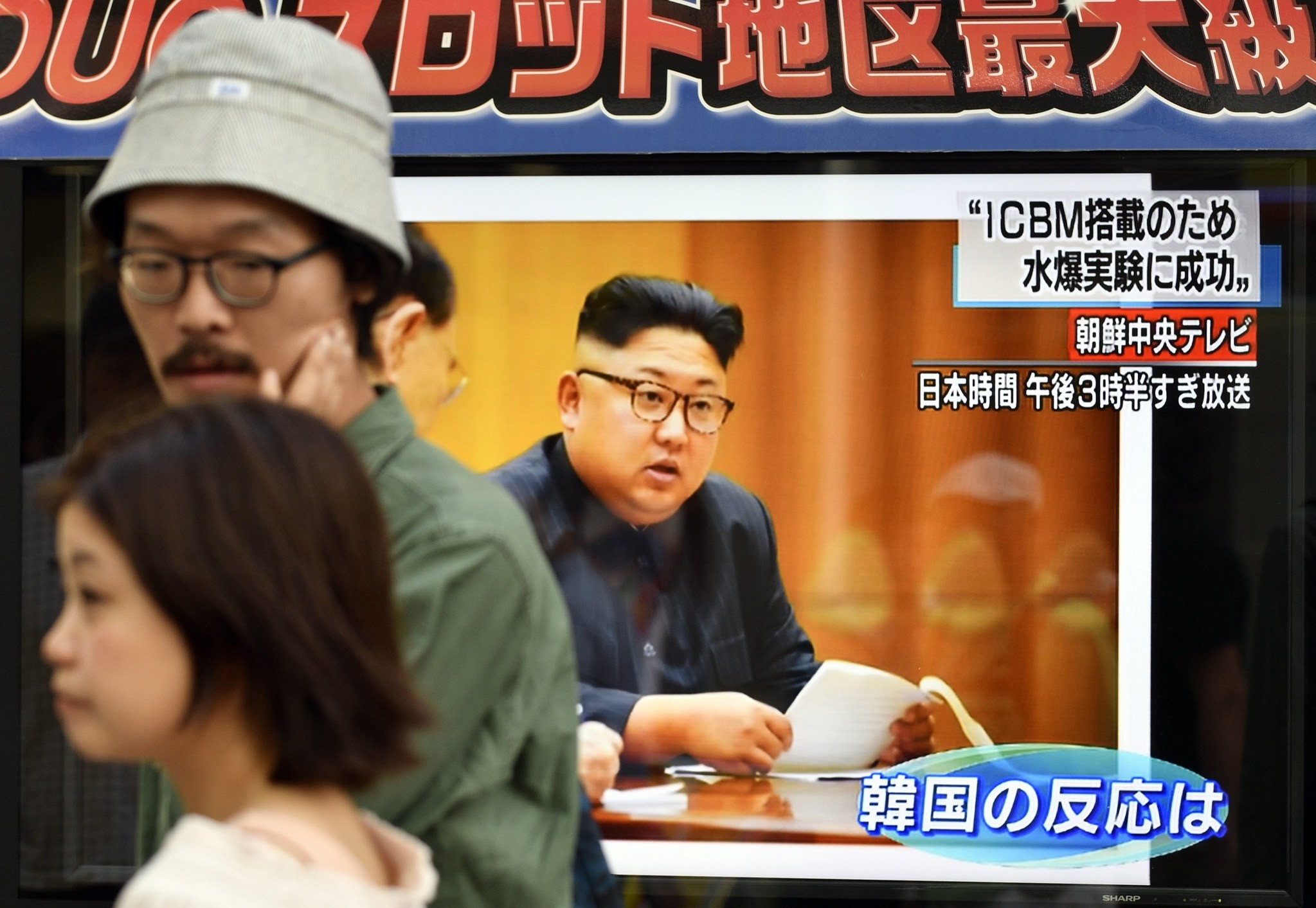 North Korea said Sunday it has successfully tested a hydrogen bomb designed to be mounted on its newly developed intercontinental ballistic missile, producing a greater yield than any of its previous nuclear tests.

The hydrogen bomb test ordered by leader Kim Jong Un was a "perfect success" and was a "meaningful" step in completing the country's nuclear weapons program, state television said.

The announcement came hours after a large earthquake that appeared to be man-made was detected near the North's known nuclear test site, indicating that the reclusive country had conducted its sixth nuclear test.

The broadcaster showed an image of leader Kim Jong-Un's handwritten order for the test to be carried out at noon on September 3.

The announcement came after monitors measured a 6.3-magnitude tremor near the North's main testing site, which South Korean experts said was five to six times stronger than that from the 10-kiloton test carried out a year ago.

Hours earlier, the North released images of Kim inspecting what it said was a miniaturized H-bomb that could be fitted onto an ICBM, at the Nuclear Weapons Institute.

Hydrogen bombs or H-bombs – also known as thermonuclear devices – are far more powerful than the relatively simple atomic weapons the North was believed to have tested so far.

Whatever the final figure for test's yield turned out to be, said Jeffrey Lewis of the armscontrolwonk website, it was "a staged thermonuclear weapon" which represents a significant advance in its weapons program.

Chinese monitors said they had detected a second quake shortly afterwards of 4.6 magnitude that could be due to a "collapse (cave in)", suggesting the rock over the underground blast had given way.

Pyongyang has long sought the means to deliver an atomic warhead to the United States, its sworn enemy, and the test will infuriate Washington, Tokyo, Seoul, Beijing and others

The test has drawn widespread international condemnation and calls to punish North Korea for what is seen as an act of aggression.

Japanese Prime Minister Shinzo Abe said ahead of the announcement that a test would be "absolutely unacceptable".

North Korea "has ignored the international community's widespread opposition, again carrying out a nuclear test. China's government expresses resolute opposition and strong condemnation toward this," the foreign ministry said in a statement on its website.

The South would discuss deploying "the strongest strategic assets of the U.S. military", he cited Moon as saying – potentially a reference to tactical nuclear weapons which were withdrawn by Washington in 1991.

"This latest demonstrative disregard by Pyongyang of the requirements of the relevant resolutions of the UN Security Council and the norms of international law deserves the strongest condemnation," the foreign ministry in Moscow said. "In the unfolding conditions, it is imperative to remain calm and to refrain from any actions that lead to a further escalation of tension," a statement said.

French President Emmanuel Macron said that international community must react firmly to this "new provocation" from North Korea, to bring it back to path of dialogue and complete dismantling of nuclear program.