Putin, Xi vow not to allow chaos on Korean peninsula 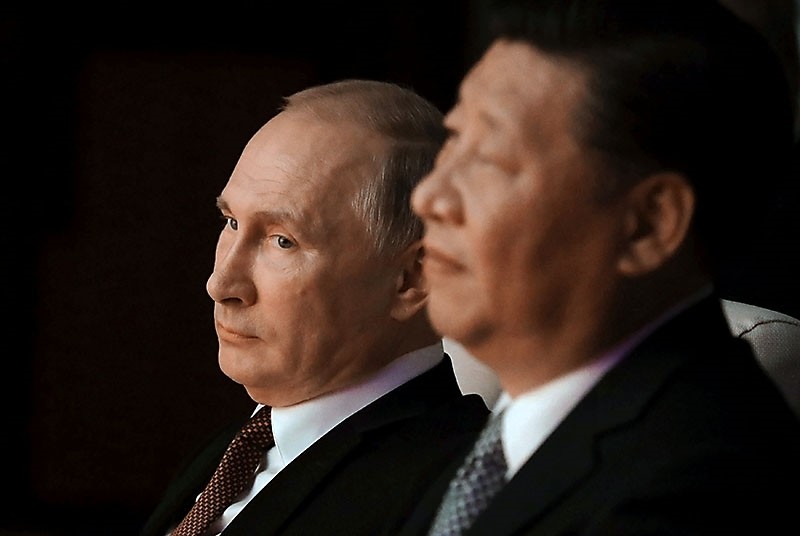 Russian President Vladimir Putin and his Chinese counterpart Xi Jinping have agreed not to allow chaos on the Korean peninsula Sunday, a Kremlin spokesman said.

Peskov said Putin discussed the nuclear test carried out by North Korea with Chinese President Xi Jinping, both leaders expressed their deep concerns about security on the Korean Peninsula.

The United Nations Security Council unanimously imposed new sanctions on North Korea in early July over its two intercontinental ballistic missile tests. The sanctions were said to have the potential to cut the Asian state's $3 billion annual export revenue by a third, but Russia questions their effectiveness.

"The imposed sanctions have not created any positive outcome. On the contrary, the situation leaves something to be desired," Kremlin spokesman Dmitry Peskov said.

When asked if Russia would support new sanctions against North Korea after it carried out a nuclear bomb test on Sunday, Peskov said: "The Russian Federation is ready to take part in all discussions on North Korea problems within a framework of United Nations Security Council and in other forms."

Peskov said it was premature to speak of "specific modalities" of Russia's possible actions ahead of new talks on North Korea.

Russian President Vladimir Putin, who is now in China for a summit of BRICS leaders, discussed the bomb test with Chinese President Xi Jinping earlier on Sunday. Both leaders expressed their deep concerns about security on the Korean Peninsula.

"Vladimir Putin said the international society should avoid being overwhelmed by emotion, it should act calmly and prudently. He also highlighted that a complex settlement of the nuclear and other problems of the Korean Peninsula could be achieved solely by political and diplomatic means," Peskov said.

Peskov also said that Putin was aware of a U.S. decision to take over Russian diplomatic property in the United States.

Peskov said that these actions would lead to a further deterioration of bilateral relations, adding that they also undermine international law.

Moscow denounced the American decision to close three Russian diplomatic facilities in the United States as a "blatantly hostile act" that violated international law and demanded Washington reverse the order.

Maria Zakharova, a spokeswoman for the foreign ministry, said that a search that U.S authorities carried out at Russia's diplomatic facilities was an attempt to prove that Moscow meddled in U.S. presidential elections, TASS state news agency reported.

Russia denies any allegations of involvement in the U.S. elections in 2016.