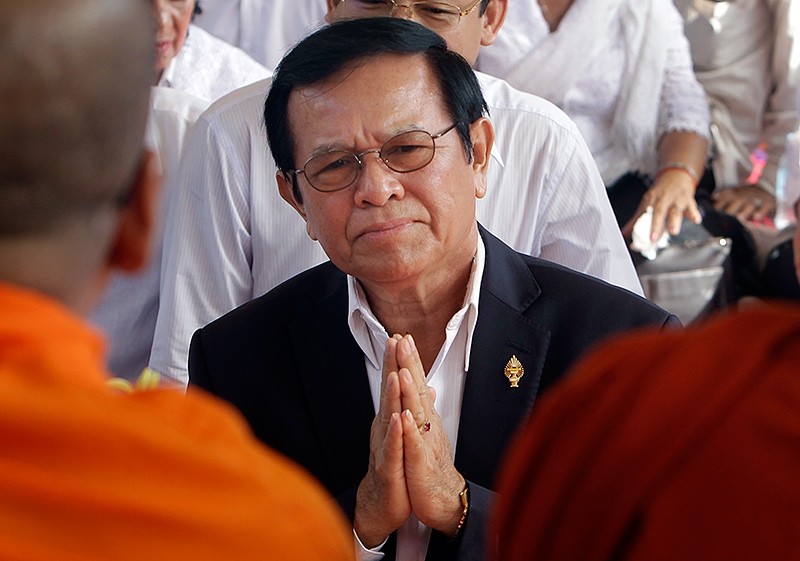 In this Thursday, March 30, 2017, file photo, opposition leader of the Cambodia National Rescue Party Kem Sokha prays during a Buddhist ceremony to mark the 20th anniversary of the attack on anti-government protesters in 1997 (AP Photo)
by Sep 05, 2017 12:00 am

Cambodian opposition leader Kem Sokha has been charged with treason and could face a jail term of 15 to 30 years if convicted, a municipal court in the capital, Phnom Penh, said on Tuesday.

Kem Sokha was arrested Sunday and Prime Minister Hun Sen's government had accused him of plotting with the United States.

Kem Sokha had been charged with "colluding with foreigners" under Article 443 of Cambodia's penal code, the court said in a statement.

"The act of secret collusion with foreigners is an act of treason," it added.