US warns of 'massive military response' to North Korean threat 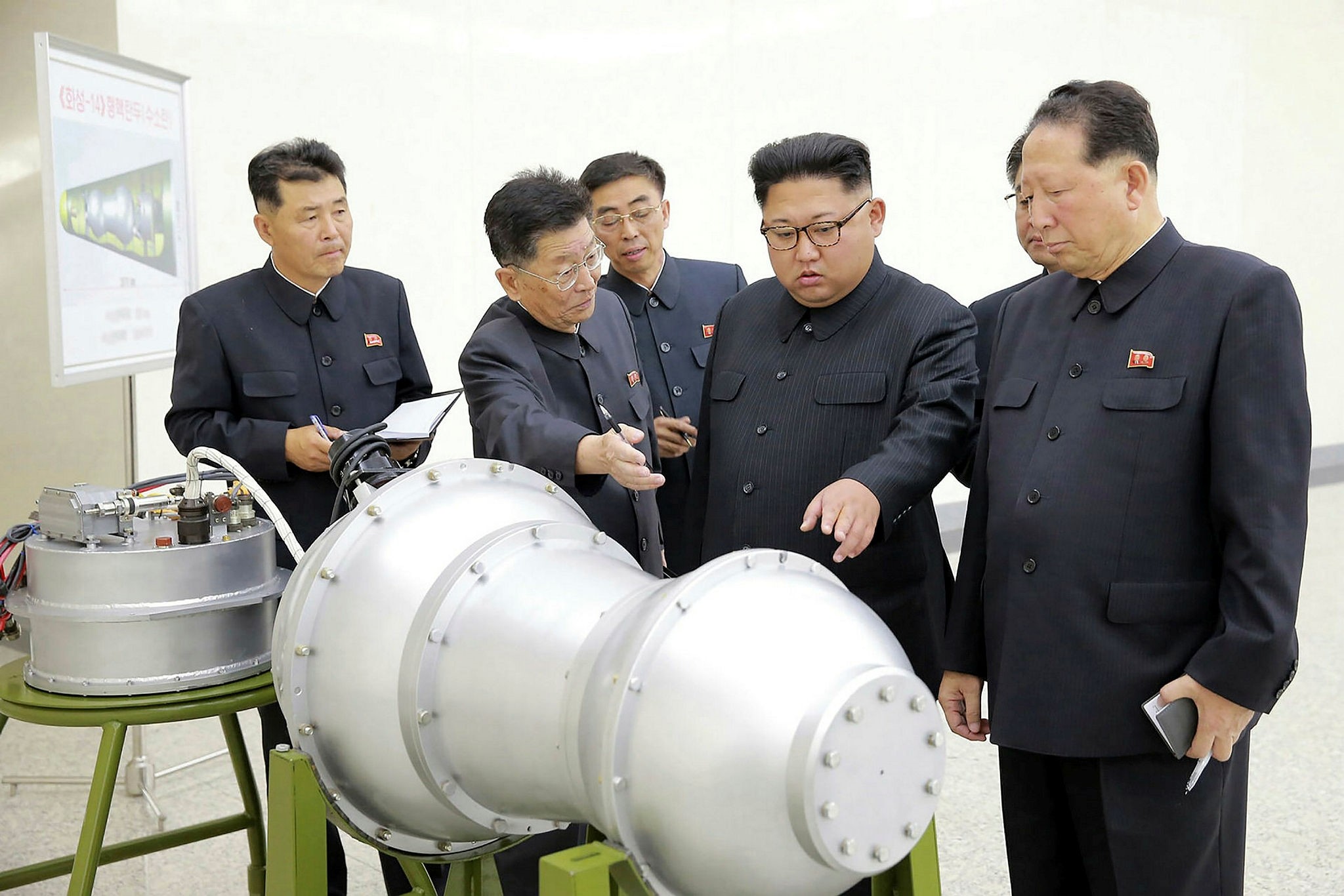 Pentagon chief Mattis has warned that physical threats to the U.S. and its allies will be met with overwhelming military response after the claimed North Korean H-bomb detonation

Pyongyang is claiming to have developed and detonated a miniaturized hydrogen bomb that could fit onto an intercontinental ballistic missile (ICBM).

The rogue communist regime has repeatedly threatened its neighbors with fiery annihilation, with Seoul and Tokyo being on the top of their list.

If the North Korean claims are true, they could potentially be a threat to tens of millions of people.

The seismic result of the test resulted in a 6.3 earthquake on the Richter scale; a full order over the result of their previous test, a 5.3, which also was larger than any preceding test from the Asian country. Considering the circumstances anything above a 4.0 would be significant, and what is more, a second, smaller tremor was detected, hinting a second detonation or a collapse.

If Pyongyang detonated its nuclear device underground, and if the blast was significant enough, the secondary tremor could be the result of a massive cave-in.

The weapons that the North Koreans have tested in the past were around the 10 to 15 kiloton range, around the same size of the atomic bombs dropped on Hiroshima and Nagasaki on Aug. 6 and Aug. 9, 1945.

The newest test however seems to have been around 100 to 150 kilotons. This does not automatically mean, however, that the latest explosion was the result of a hydrogen bomb and not just several atomic bombs exploded together; either way the situation is critical.

If the explosion was indeed the result of a hydrogen bomb, this would entail that the North Korean nuclear weapons program is actually far more advanced than what was publicly known up until this point.

What is probably worse though is that if Pyongyang had the resources to explode several smaller-yield atomic weapons to simulated a larger one, then this could probably mean that they have far more warheads that originally thought.

Another possibility is that they built a rudimentary atomic weapon more in par with what the great powers of the 1950s had constructed.

Either option is possible, but what is more worrying is that both of them could be true.

If it was a hydrogen bomb, it does not even necessarily have to be loaded onto an ICBM to be a threat. It could also be loaded onto a submarine and detonated near any coast, supposing that a North Korean sub could get past the surrounding U.S. Navy fleets.

What adds interest to the situation is the response of China, which has condemned the nuclear test.

China had been the only regime in the world that somewhat tolerated the North Koreans, however lately they have put increasing pressure on Pyongyang, even going as far as imposing sanctions, though they remain the country's biggest trade partner.

China had even put a "red line" on North Korea developing a hydrogen bomb. Now they have even said that it would not react if the United States targeted North Korean missile sites.

Even Russia has reacted with dismay, condemning the latest nuclear test. In late August, the Russian Ministry of Emergencies ordered some 1,500 of its citizens to evacuate the areas near the border that Russia shares with North Korea, near Vladivostok.

The U.S.'s reaction has by far been the fieriest though, with President Donald Trump saying that "North Korea is a rogue nation which has become a great threat and embarrassment to China, which is trying to help but with little success."

"South Korea is finding, as I have told them, that their talk of appeasement with North Korea will not work, they only understand one thing!" President Trump Twitted.

He also announced that he will be holding meetings with Generals John Kelly and Jim Mattis regarding North Korea.

Pentagon Chief Mattis warned yesterday of a "massive military response" to any threats to the U.S. and its allies made by North Korea, adding that there are "many military options" on the table.

"Our commitment among the allies are ironclad," Mattis said. "Any threat to the United States or its territories, including Guam, or our allies will be met with a massive military response, a response both effective and overwhelming."

Despite the Trump Administration's tough stance against North Korea, previous presidents have kicked the can so far down the road with appeasement policies and breached "red lines" that the possibility of even a limited nuclear war is very real on the Korean peninsula.

Bill Clinton had attempted to appease the rogue nation by giving them nuclear material, for energy-related purposes, in a diplomatic move that is not only seen as a disaster now, but also as a failed attempt to make North Korea more neutral in terms of its relationship with China.

George W. Bush had implemented "red lines" in terms of North Korea testing nuclear weapons, but did nothing of substance when the North Koreans did exactly that.

Barack Obama slapped even more sanctions on Pyongyang, a U.S. policy that has not done much to prevent the North Koreans from developing ballistic missiles and even more nuclear weapons.