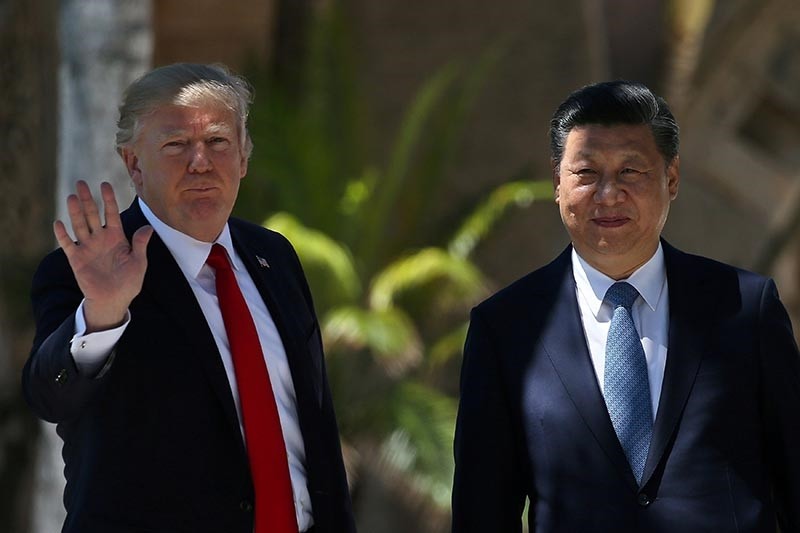 The United States and South Korea have asked the United Nations to consider tough new sanctions on North Korea after its nuclear test Sunday that Pyongyang said was a advanced hydrogen bomb.

Washington and its allies have said there is a growing urgency for China, North Korea's top trading partner, to apply more pressure on its already isolated neighbor to get it to back down on its nuclear weapons and missiles programs.

China "unswervingly" works to realize denuclearization on the Korean Peninsula and to safeguard the international nuclear non-proliferation system, Xi told Trump, according to a statement from China's Foreign Ministry.

"At the same time, we always persist in safeguarding peace and stability on the Korean Peninsula and resolving the issue through dialogue and consultation," Xi said.

"It is necessary to stay on the path of a peaceful solution."

The statement cited Trump as saying that the United States was deeply concerned about the Korean nuclear issue and that it valued China's "important role" in resolving the problem.

Beijing has said reining in North Korea is not chiefly its responsibility, and has expressed doubts that U.N. economic sanctions, which it has backed, will resolve the situation.

Sanctions so far appear to have done little to stop North Korea from boosting its nuclear and missile capacity as it faces off with Trump, who has vowed to stop Pyongyang from being able to hit the U.S. mainland with a nuclear weapon.

It is unclear if China will back further sanctions. Beijing fears that completely cutting off North Korea could lead to its collapse, unleashing a wave of refugees into China's northeast.

China accounted for 92 percent of North Korea's trade in 2016, according to South Korea. China's foreign ministry said Tuesday it would take part in Security Council discussions in "a responsible and constructive manner."

China and Russia have advocated a plan in which the United States and Seoul stop major military drills in exchange for North Korea halting its weapons programs, but neither side is willing to budge.

Trump and Xi last spoke by telephone Aug. 12. The White House said in a statement at the time that their relationship was "extremely close" and "will hopefully lead to a peaceful resolution of the North Korea problem."

But tensions in China-U.S. ties have increased since Trump took office, with the U.S. president having authorized an investigation into China's alleged theft of intellectual property, and suggesting trade relations would be linked to Beijing's help on North Korea.