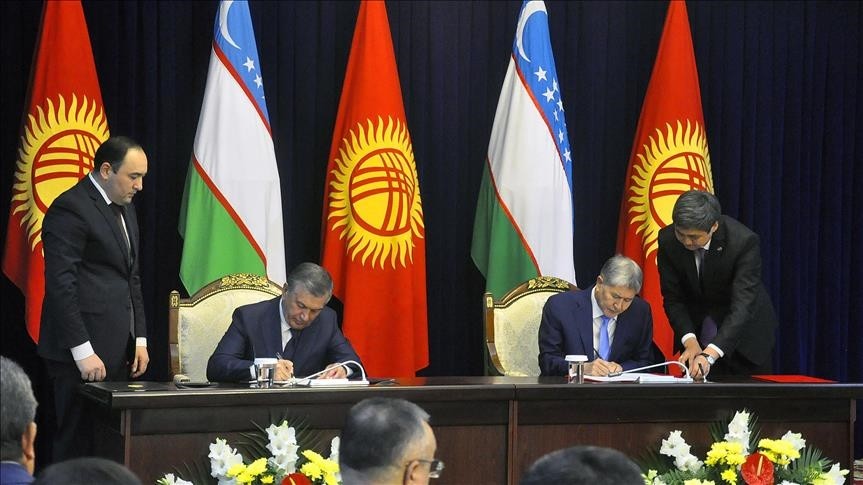 President of Kyrgyzstan Almazbek Atambayev (R) and President of Uzbekistan Shavkat Mirziyoyev (L) sign an agreement on border treaty between Kyrgyzstan and Uzbekistan in Bishkek, Kyrgyzstan on September 06, 2017. (AA Photo)
by Anadolu Agency Sep 06, 2017 12:00 am

The presidents of Uzbekistan and Kyrgyzstan signed an agreement Tuesday on the demarcation of 1,170 kilometers or more than 80 percent of their shared border.

"Both the Kyrgyz and Uzbek people have been waiting for this historic day for more than 20 years," Atambayev said, adding Mirziyoyev's visit has "opened a new era between the two countries."

The two sides also agreed to achieve a resolution soon on the remaining 200 kilometers of the disputed border.

Mirziyoyev described Kyrgyzstan as a strategic partner of Uzbekistan.

"We will turn our border into a border of friendship," he said.