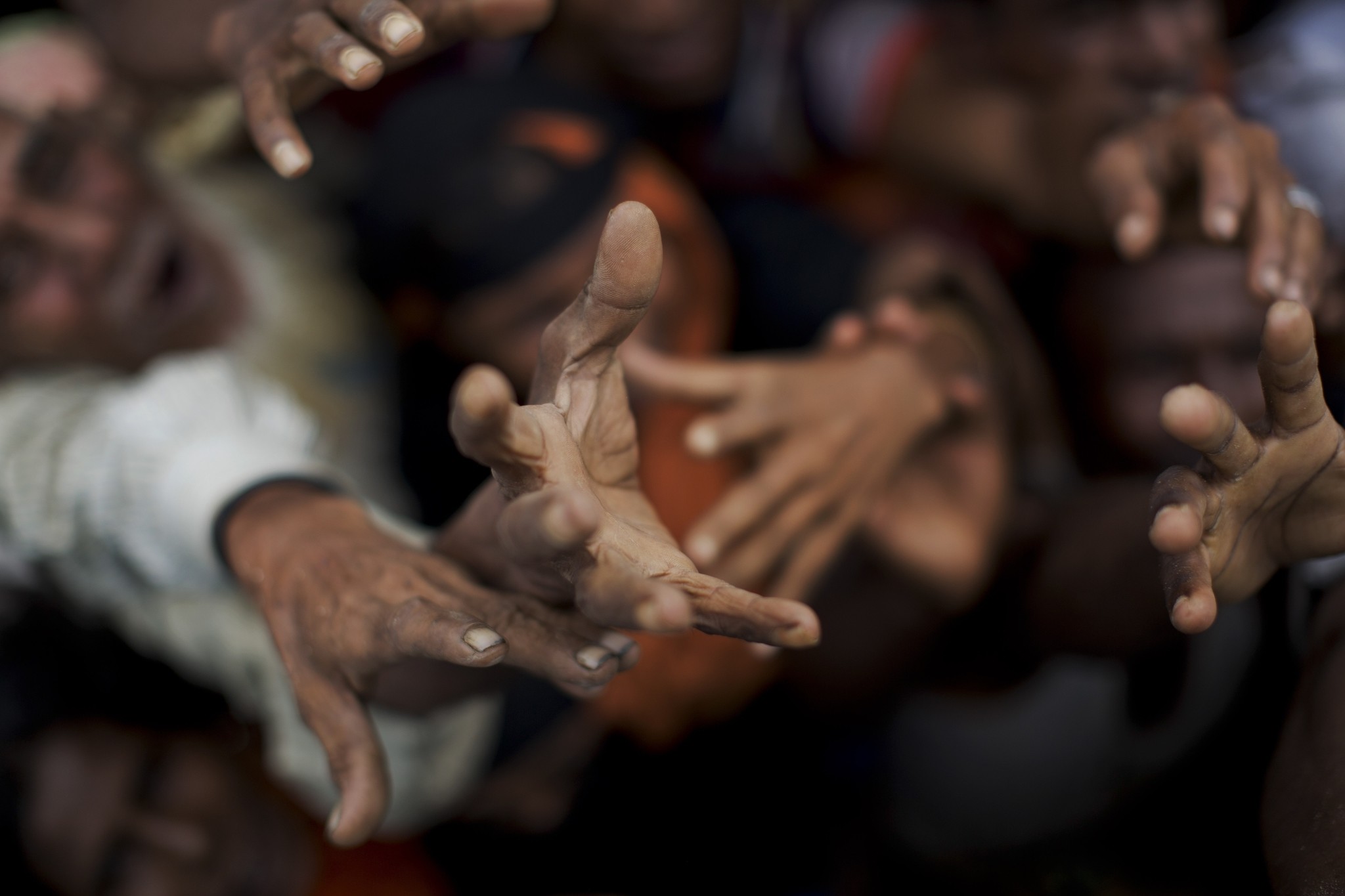 Amnesty International Indonesia said on Saturday that the Myanmar military has planted deadly mines on its border with Bangladesh to prevent the return of Rohingya refugees.

"The disclosure of the use of deadly mines by the Myanmar military on the borders of Rakhine [state] and Bangladesh has confirmed the initial allegations that there have been serious human rights abuses in Myanmar," the rights group said in a statement.

The findings are based on an investigation conducted by Amnesty International's crisis response team, which is currently collecting evidence related to human rights violation at the border of Myanmar and Bangladesh.

This comes just after state-backed media announced that camps will be set up to provide aid for displaced Muslims inside Rakhine state, marking the first time in a 16-day crisis Myanmar's government has offered any relief for Rohingya scattered by violence, many to Bangladesh.

Around 270,000 Rohingya have fled since Aug. 25 when militant attacks sent unrest churning through Rakhine, arriving in Bangladesh hungry and exhausted and squashing into already overcrowded refugee camps.

Tens of thousands more are believed to be on the move inside Rakhine, fleeing burning villages, the army and ethnic Rakhine mobs -- who Rohingya refugees accuse of attacking civilians -- only to become stranded in hills without food, water, shelter or medical care.

Branded 'Bengalis' -- shorthand for illegal immigrants from Bangladesh -- the Rohingya have long been subjected to discrimination in mostly Buddhist Myanmar.

Around 120,000 have languished in basic displaced camps following religious violence in 2012, while the rest are subject to suffocating restrictions on their movement and rights to work.

Fresh violence erupted in Rakhine state nearly two weeks ago when security forces launched an operation against the Rohingya.

Bangladesh, which already hosted around 400,000 Rohingya refugees, has faced a fresh influx of refugees since the security operation was launched.

Tirana Hassan, director of the group's crisis response team, said the mines were installed near Taung Pyo Wal, a region also known as Tumbro, at the border of Rakhine and Bangladesh.

"Local authorities in Myanmar must immediately stop the heinous practices against those who escaped from this persecution," said Hassan.

"Myanmar should also provide full access to humanitarian organizations including a de-mining team to enter Rakhine," she added.

Hassan said that mines have been banned internationally.

However, the Myanmar military is one of the few armed forces in the world, including North Korea and Syria, which still uses mines as a war strategy.

Kalma, 20, told Amnesty International that her mother-in-law lost her life due to a mine blast.

"My mother-in-law returned to our village [from the refugee camp] to take water for a bath. A few minutes later I heard a huge explosion and someone had stepped on a mine. It was my mother-in-law," she said.

4 explosions at the border

Amnesty International also obtained evidence of mine photographs located not far from the explosion.

Four alleged explosions from mines occurred this week on a busy street in a township in Myanmar, near the border region. The blast wounded three, including two children.

The Amnesty International called on all countries, especially the United States, member of EU, Israel, Australia, and Russia to stop military cooperation with Myanmar.

Unlike many other countries, Turkey has been more active in providing help and being more vocal to defend the rights of Rohingya Muslims. In addition to many Muslim leaders, President Recep Tayyip Erdoğan spoke with Myanmar leader Aung San Suu Kyi to convey Turkey's concerns over the growing human rights violations in the south Asian country.

Following the call, Turkey sent humanitarian aid to the Rohingya, with the aim of helping at least 100,000 Rohingya families. On Thursday, First Lady Emine Erdoğan and a delegation of political and non-governmental organization officials also went to Bangladesh to visit Rohingya refugees at a camp in Cox Bazaar.

Last October, following attacks on border posts in Rakhine's Maungdaw district, Myanmar security forces launched a five-month crackdown in which, according to Rohingya groups, around 400 people were killed.

The U.N. documented mass gang rapes, killings -- including those of infants and young children -- brutal beatings and disappearances committed by security personnel.