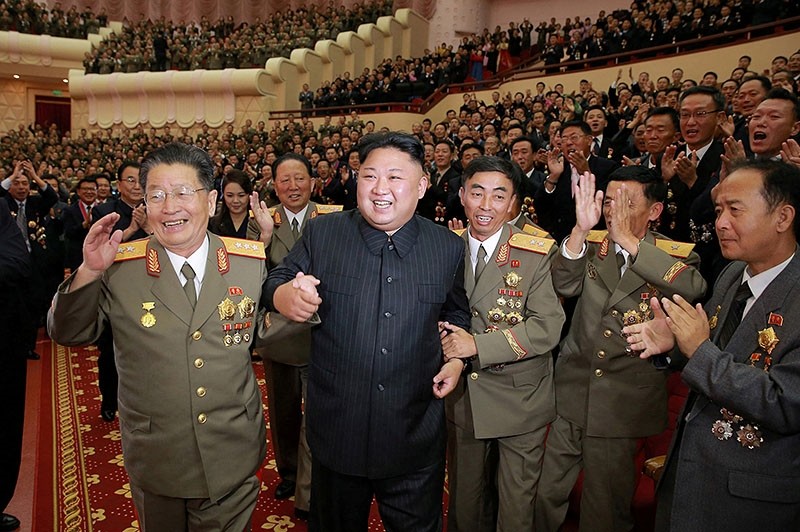 North Korea's state-run television on Sunday aired a video of its leader Kim Jong Un hosting massive celebration events to congratulate his nuclear scientists and technicians who steered the country's sixth and largest nuclear test a week ago.

The footage showed Kim breaking into a broad smile at the People's Theatre with two prominent scientists, head of North Korea's Nuclear Weapons Institute, Ri Hong Sop, and deputy director of the ruling Workers' Party of Korea's munitions industry department, Hong Sung Mu. Kim's wife Ri Sol Ju also was seen attending the concert, but, KRT did not specify when the events had been held.

During the concert, a screen on stage showed video of technicians looking at warhead with hydrogen bomb letter on and explosion assumed to be related with nuclear test, which Reuters cannot independently verify.

South Korea had been bracing for another long-range missile launch in time for the 69th anniversary of North Korea's founding on Saturday, but no fresh provocations were spotted while the North held numerous events to mark the holiday.