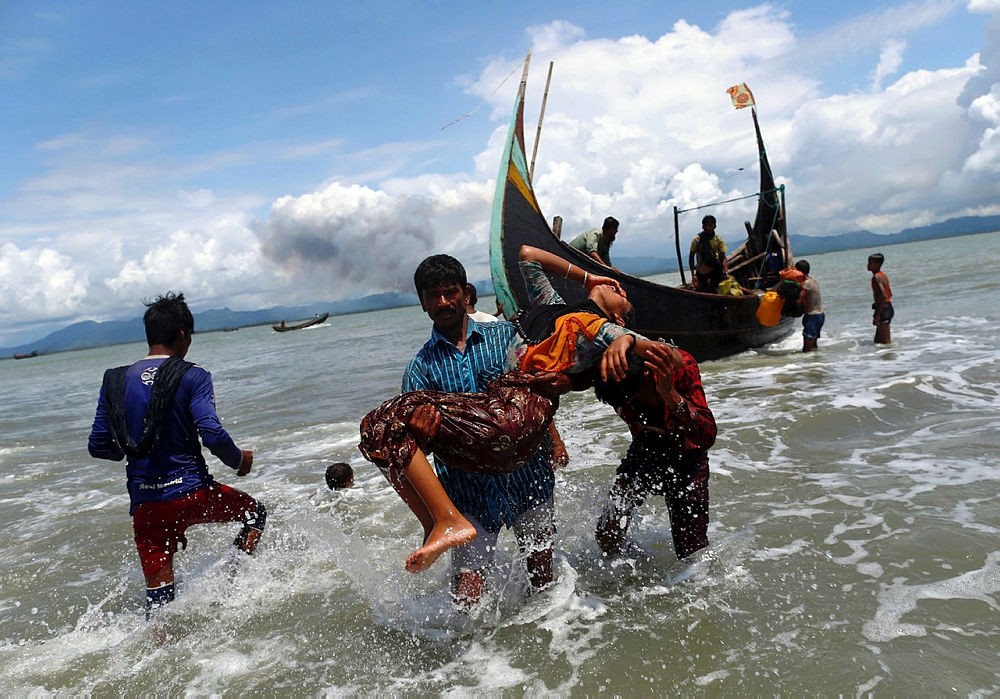 Bangladesh's minister Monday called the Myanmar's persecution of its Rohingya Muslims minority an "indirect attack" on his country.

Bangladesh, which already hosted around 400,000 Rohingya refugees, has faced a fresh influx of refugees since the security operation was launched.

According to UN on Monday, over 310,000 Rohingya Muslims have fled to Bangladesh since Aug. 25.

"Myanmar security forces violate the United Nations' rules. They carried out genocide. To bring them under trial, the government of Bangladesh will have to file a case at international court," Riazul Hauqe, chief of Bangladeshi National Human Rights Commission, told Anadolu Agency.

"Turkish President Erdogan took the issue of human rights violations [in Myanmar] very seriously. He spoke to the president of Bangladesh and said the issue would be raised at United Nations," Haque added.

He hoped Turkey and Bangladesh would be able to form a public opinion on the subject to pressure Myanmar's authorities.

Haque called on all international organizations to cooperate with them to fulfill the basic needs of Rohingya.

He said that the rights commission has dispatched a letter to international groups including United Nations Commission on Human Rights, Organization of Islamic Cooperation, and Association of Southeast Asian Nations, seeking their role on the issue.