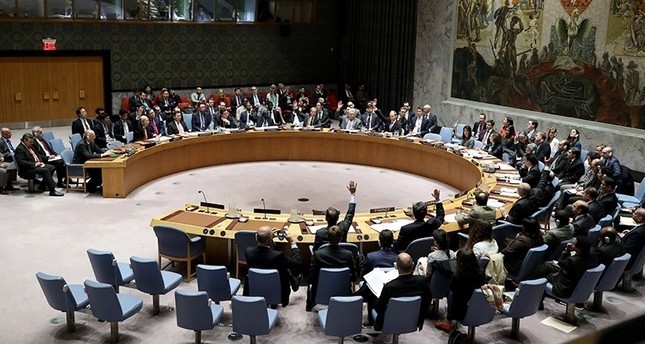 With this decision, the top body is imposing a ban on all oil imports and an international asset freeze on the government and leader Kim Jong Un that the Trump administration wanted.

It was the ninth sanctions resolution unanimously adopted by the 15-member council since 2006 over North Korea's ballistic missile and nuclear programs. The United States watered down an initial tougher draft resolution to win the support of Pyongyang ally China and Russia.

Textiles were North Korea's second-biggest export after coal and other minerals in 2016, totaling $752 million, according to data from the Korea Trade-Investment Promotion Agency. Nearly 80 percent of the textile exports went to China.

The resolution imposes a ban on condensates and natural gas liquids, a cap of 2 million barrels a year on refined petroleum products, and a cap on crude oil exports to North Korea at current levels. China supplies most of North Korea's crude.

Some 93,000 North Koreans work abroad, providing Kim's regime with a source of revenue to develop its missile and nuclear programs, according to a US official familiar with the negotiations.

Under the measure, countries are authorized to inspect ships suspected of carrying banned North Korean cargo but must first seek the consent of the flag-state.

An initial draft authorized the use of force to board those vessels, but that was dropped in negotiations over the weekend.

The United States and its allies argue that tougher sanctions will pile pressure on Kim's regime to come to the negotiation table to discuss an end to its nuclear and missile tests.

It was the eighth series of sanctions imposed on North Korea since it first tested a nuclear device in 2006.