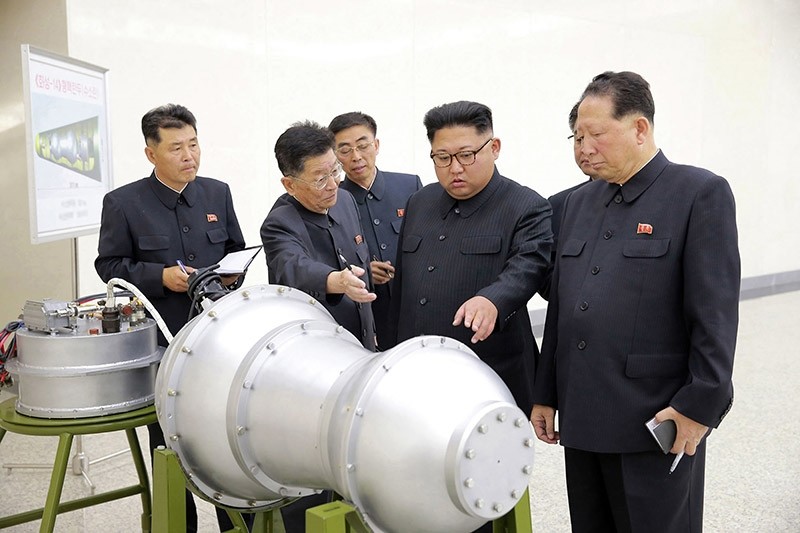 South Korea said on Wednesday traces of radioactive xenon gas were confirmed to be from a North Korean nuclear test earlier this month, but it was unable to conclude whether the test had been for a hydrogen bomb as Pyongyang claimed.

North Korea conducted its sixth nuclear test on Sept. 3, prompting the U.N. Security Council to step up sanctions with a ban on the reclusive regime's textile exports and a cap on fuel supplies.

The Nuclear Safety and Security Commission said it couldn't verify exactly what kind of nuclear bomb the North detonated as it hasn't found several other radioactive isotopes that typically accompany a nuclear explosion. It said the make-up of those radioactive isotopes in air samples could show if a nuclear test was from a plutonium or uranium bomb.

The agency said it hasn't found traces of tritium that accompany a hydrogen bomb test.

Xenon is a naturally occurring, colorless gas that is used in manufacturing of some sorts of lights. But the detected xenon-133 is a radioactive isotope that does not occur naturally and which has been linked to North Korea's nuclear tests in the past.

The NSCC also said the xenon traces detected had no impact on South Korea's environment and population.

The North claimed to have carried out a hydrogen bomb test.