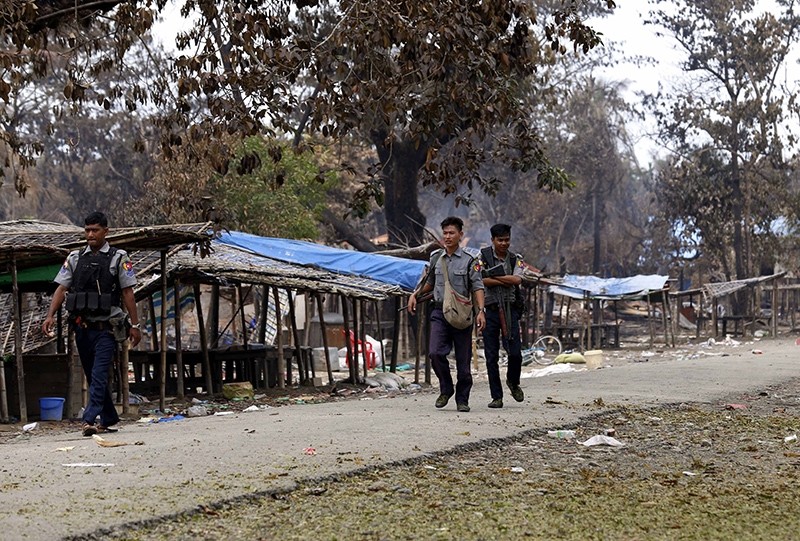 A significant number of villages, previously inhabited by Rohingya Muslims, which were targeted by the Myanmar army are now empty, the government said late Wednesday.

According to the government spokesperson Zaw Htay, out of a total of 471 villages in three townships targeted by the army crackdown on Rohingya since August 25, 176 were completely abandoned by their residents while 34 were partially emptied.

Zaw Htay also said that Myanmar's de facto leader Aung San Suu Kyi will address the nation next week on the Rohingya refugee crisis as international pressure has mounted on the government to stop the violence.

Suu Kyi will speak to the nation in a televised address Tuesday about the worsening violence in northern Rakhine.

The violence against Myanmar's Muslim minority has resulted into the mass exodus of nearly 380,000 Rohingya, almost all of whom fled to the neighboring Bangladesh.

The U.N. Security Council condemned the violence in Rakhine state, calling for "immediate steps to end the violence" and efforts to de-escalate the situation, ensure protection of civilians and resolve the refugee problem.

Britain's U.N. Ambassador Matthew Rycroft said the council's press statement, which followed closed-door consultations, was the first statement the U.N.'s most powerful body has made in nine years on the situation in Myanmar.

Police officer Mainuddin Khan said the bodies of a woman and a child were found in river, which separates Bangladesh from Myanmar.

Most of the 35 passengers aboard the boat managed to swim ashore, he said.

The boat might have capsized after midnight at Nayapara in Teknaf, the southern-most tip of Bangladesh bordering Myanmar, police said.