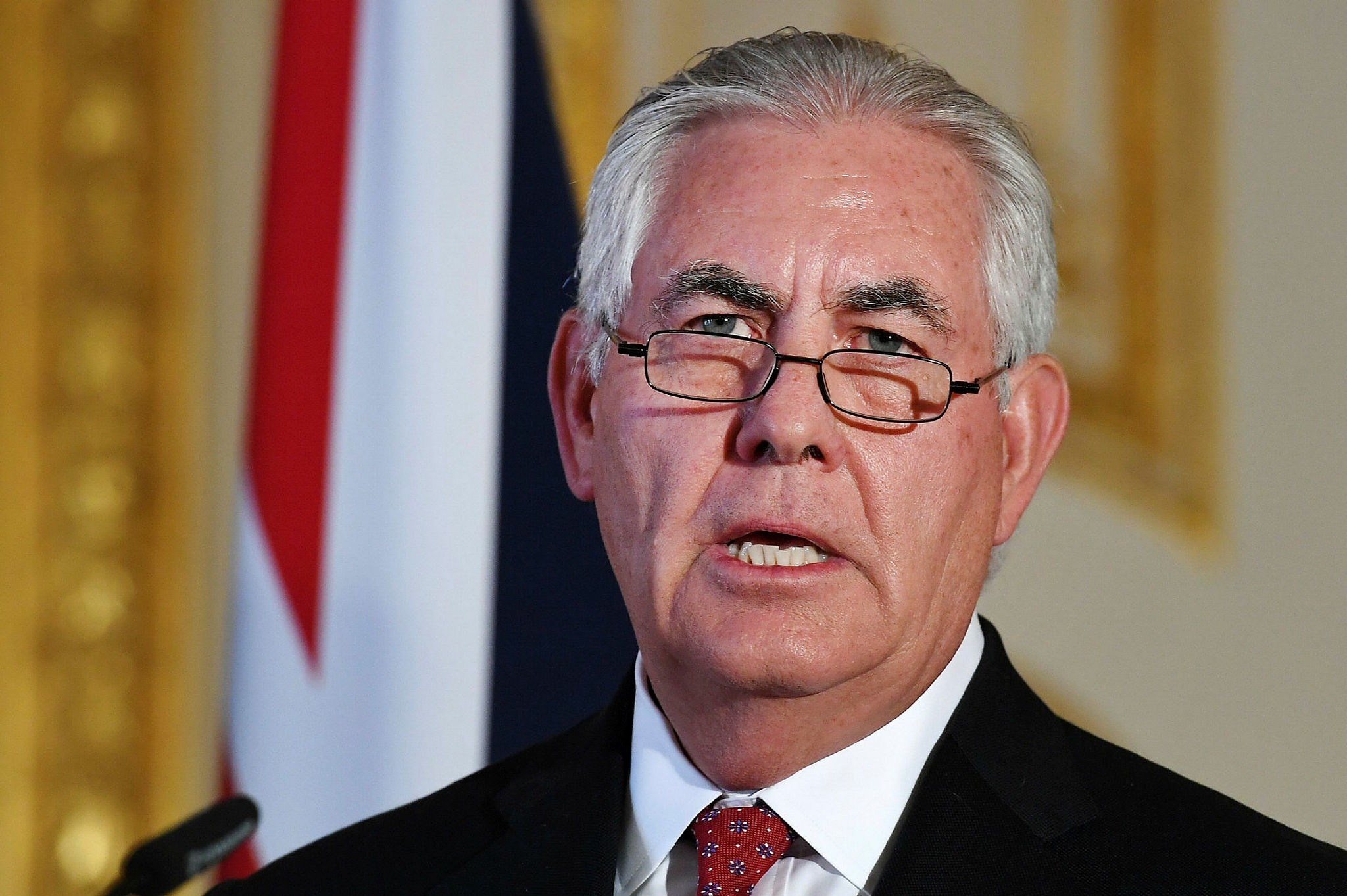 U.S. Secretary of State Rex Tillerson said in a meeting with U.K. Prime Minister Theresa May late Thursday that Myanmarese violence against the Rohingya Muslims is "unacceptable" and called for a solution.

"The violence must stop, and it is important that the global community speaks about Myanmar," he added.

Touching upon the Brexit process, he added that "the U.S. is a steadfast ally and will stand by Britain as Brexit continues to take shape."

"Across all the critical issues we are dealing with today, the U.K. has been terrific," Tillerson was quoted by the U.S. embassy in London as saying.

"We have been clear we're going to stay very close to one another economically with our trading relationships," he said.

Libya and North Korea were expected to be the focus of talks on global security, after which Tillerson and Johnson were scheduled to hold a joint news conference.

Nicolas de Riviere, the head of political affairs in the French Foreign Ministry, also joined the U.S. and British officials to discuss hurricane relief work in the Caribbean.

Johnson was scheduled to host separate talks on Libya with Tillerson, de Riviere and officials from the United Nations, Italy, Egypt and the United Arab Emirates, his office said.

The Foreign Office said Britain had "provided a strategic airlift" to support French relief operations on the Caribbean islands of St Barts and St Martin, and "worked closely with the U.S. authorities to ensure people's safety in Florida."

"I've seen first-hand the devastation Hurricane Irma has caused people in the Caribbean," Johnson said ahead of the talks.

"Close coordination with our allies is vital for both the short-term and long-term recovery efforts," he said.

The U.S. State Department said Tillerson would discuss issues including "the need for increased pressure to counter the threat to global security posed by [North Korea's] nuclear and missile programs."

Britain said the Libya talks would focus on "how to break the political deadlock" and build support for the U.N.'s efforts.

"Helping to bring stability to Libya is a vital part of UK efforts to tackle the threat from terrorism and the issue of illegal migration, which exist in close proximity to Europe," it said.