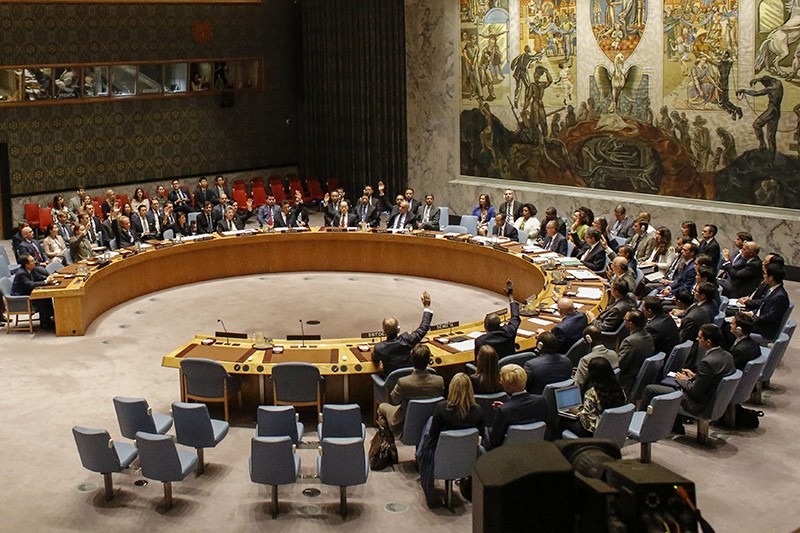 The U.N. Security Council on Friday strongly condemned North Korea's "highly provocative" launch of a missile that flew over Japan and demanded that Pyongyang immediately halt such actions.

In a unanimous statement backed by China, the council said the launch was carried out just three weeks after a first missile overflew Japan and less than two weeks after Pyongyang's sixth and biggest nuclear test.

The council "strongly condemned these launches, condemned further the DPRK for its outrageous actions, and demanded that the DPRK immediately cease all such actions."

The statement however did not threaten further sanctions.

The intermediate-range weapon, launched early Friday from Sunan, the location of Pyongyang's international airport, hurtled over U.S. ally Japan into the northern Pacific Ocean. It signaled both defiance of North Korea's rivals and a big technological advance.

Since U.S. President Donald Trump threatened North Korea with "fire and fury" in August, the North has conducted its most powerful nuclear test, threatened to send missiles into the waters around the U.S. Pacific island territory of Guam and launched two missiles of increasing range over Japan. July saw the country's first tests of intercontinental ballistic missiles that could strike deep into the U.S. mainland when perfected.

North Korea has repeatedly vowed to continue its weapons tests amid what it calls U.S. hostility — by which it means the presence of nearly 80,000 U.S. troops stationed in Japan and South Korea.

Friday's test, which Seoul said was the 19th launch of a ballistic missile by North Korea this year, triggered sirens and warning messages in northern Japan but caused no apparent damage to aircraft or ships.

South Korea detected North Korean launch preparations Thursday, and President Moon ordered a live-fire ballistic missile drill if the launch happened. This allowed Seoul to fire its missiles only six minutes after the North's launch Friday. One of the two missiles hit a sea target about 250 kilometers (155 miles) away, which was approximately the distance to Pyongyang's Sunan, but the other failed in flight shortly after launch, South Korea's Joint Chiefs of Staff said.