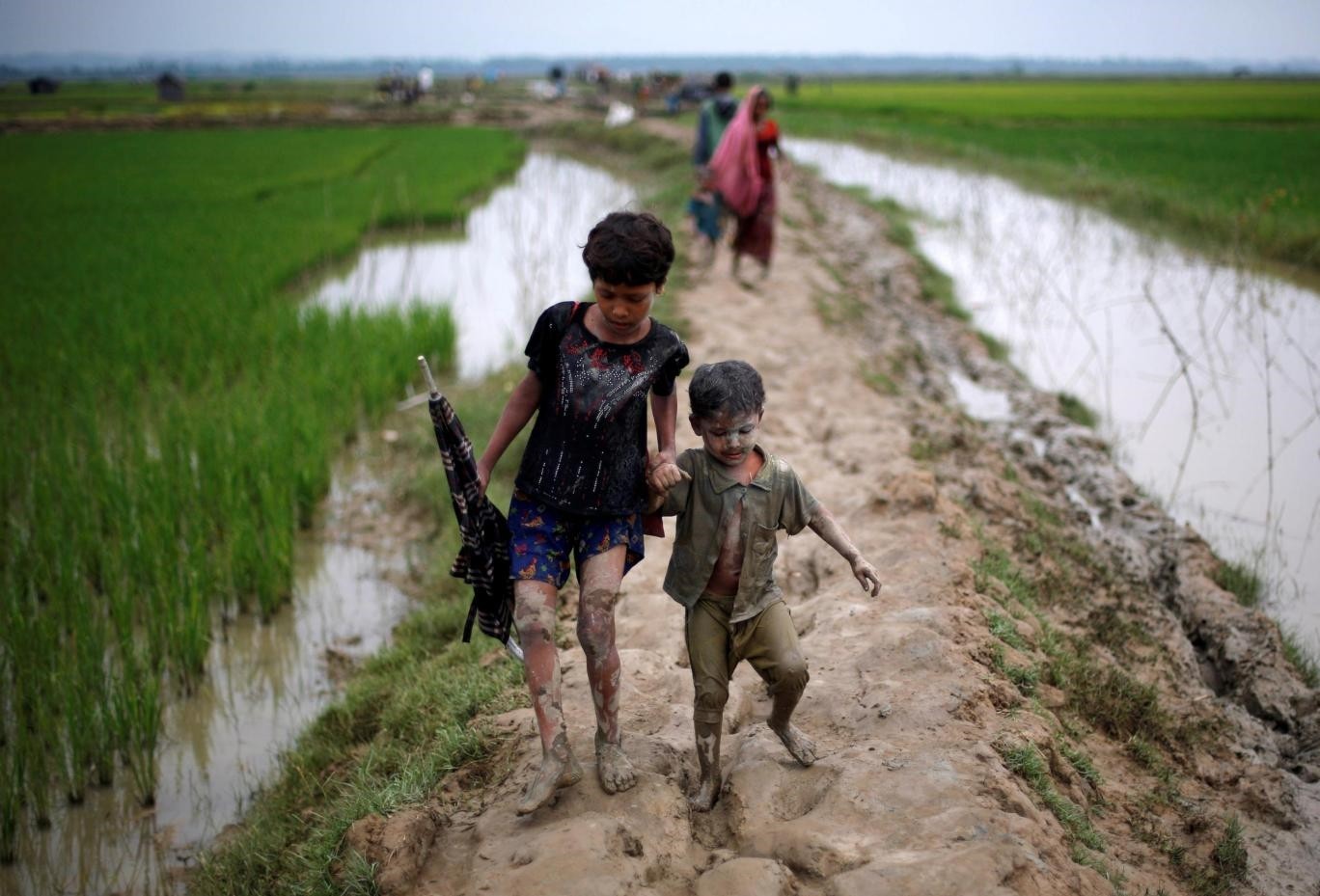 UNICEF spokeswoman Marixie Mercado says that figure — amounting to about 60 percent of the estimated 391,000 total refugees — includes about 36,000 children aged under 1 year old. She says the agency also estimates 52,000 pregnant and lactating women.

Mercado says that includes an estimated 1,100 unaccompanied minors who had crossed over the past week.

She spoke at a regular briefing in Geneva on Friday that included comments from many U.N. agencies that were addressing the crisis in Bangladesh.

Mercado says: "As everybody here is going to tell you, the needs are seemingly endless and the suffering is deepening."

Chris Lom, Asia-Pacific spokesman for the U.N.'s International Organization for Migration, said by phone in the briefing that the figures amounted to rough estimates, adding "there's not somebody with a clipboard registering them" as the people cross the border.