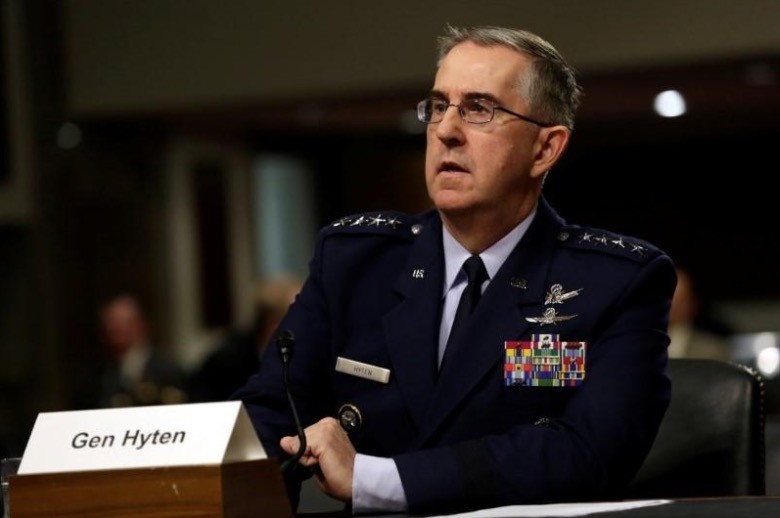 The U.S. general who oversees America's nuclear forces said on Thursday he was making the assumption that North Korea did in fact test a hydrogen bomb on Sept. 3, crossing a key threshold in its weapons development efforts.

Although Pyongyang immediately claimed that it successfully tested a hydrogen bomb, the United States had previously declined to characterize it.

Air Force General John Hyten, head of the U.S. military's Strategic Command, however, said he had a responsibility, as a military officer responsible for responding to the test, to assume that it was a hydrogen bomb, based on the size of the blast.

"I'm assuming it was a hydrogen bomb. I have to make that assumption as a military officer," Hyten told a small group of reporters who were accompanying Defense Secretary Jim Mattie on a trip to Hyten's headquarters in Nebraska.

"I'm not a nuclear scientist, so I can't tell you this is how it worked, this is what the bomb was. ... But I can tell you the size that we observed and saw tends to me to indicate that it was a hydrogen bomb and I have to figure out what the right response is with our allies as to that kind of event."

The North Korean nuclear test, its sixth and by far most powerful, prompted the U.N. Security Council to step up sanctions and followed a series of North Korean missile tests, including one that flew over Japan.

A North Korean state agency threatened on Thursday to use nuclear weapons to "sink" Japan and reduce the United States to "ashes and darkness" for supporting the U.N. Security Council resolution and sanctions over its latest nuclear test.