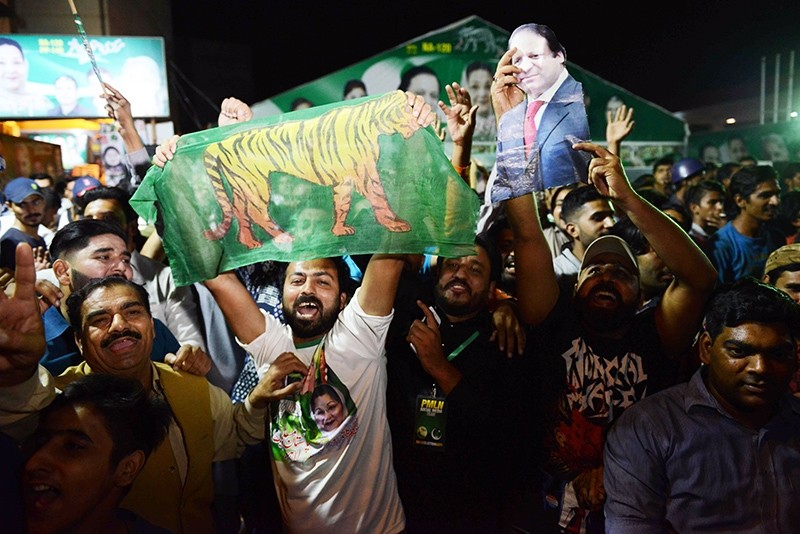 The ailing wife of ousted Pakistani prime minister Nawaz Sharif won the parliamentary seat vacated by her husband in the wake of a Supreme Court decision in a crucial by-election seen as a test for the future of the Sharif family in politics, according to unofficial results reported by local media late Sunday night.

Begum Kulsoom Nawaz, who is undergoing treatment for throat cancer in London, represented the ruling Pakistan Muslim League-Nawaz (PML-N) in a by-election from the eastern city of Lahore and secured 61,254 votes.

Her rival Dr. Yasmeen Rashid from the Pakistan Tehreek-e-Insaaf (PTI) got 47,066 votes. The official results are to be announced by the Election Commission of Pakistan later.

A Supreme Court decision on July 28 disqualified Sharif from running.

But the ruling party urged the masses to reject the Supreme Court decision by voting for the party.

At the same time, cricketer-turned-politician Imran Khan asked people to vote against the PML-N to support the Supreme Court.

"This victory is a message to the forces hatching conspiracies against Nawaz Sharif," Maryam Nawaz, daughter of Nawaz said in a victory speech on behalf of her mother.

"Voters have given a decision on a decision (disqualification of Sharif), which is that our prime minister is still Nawaz Sharif," she said.

A total of 44 candidates contested in Lahore's NA-120 constituency, which has always been a stronghold of the ruling party. Among the candidates was Yaqoob Sheikh from the newly formed political front of Jamat-ud-Dawa (JuD), named as the Milli Muslim League (MML) led by chief Hafiz Saeed.