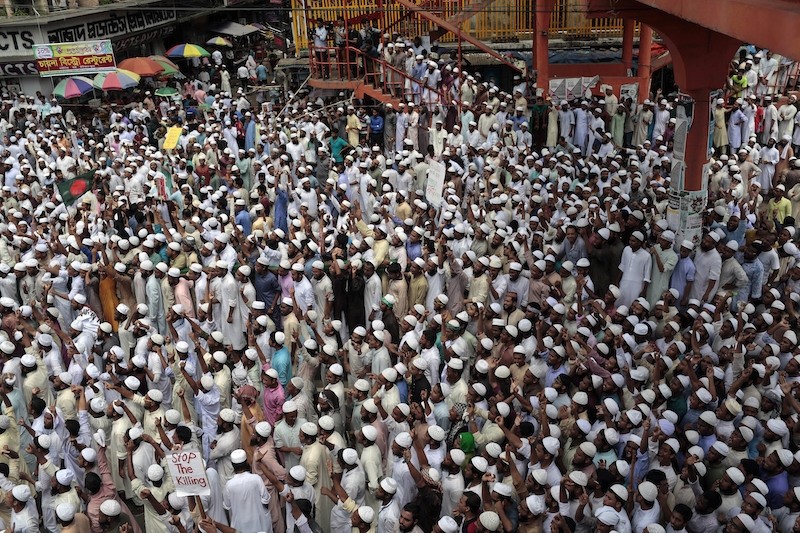 Over 10,000 Muslims in Bangladesh marched toward Myanmar's embassy to protest the country's crackdown on Rohingya Muslims.

More than 412,000 ethnic Rohingya have fled from Buddhist-majority Myanmar in the past month and are living in overcrowded camps in Bangladesh. Many say their homes were burned by Myanmar's military and by Buddhist mobs.

The protesters chanted slogans and waved Bangladesh's flag as they marched through the streets of Dhaka, Bangladesh's capital. One banner said "Stop killing Rohingya."

The march, organized by the hard-line Islamist group Hefazat-e-Islam, began from Bangladesh's main mosque but was stopped by police well before the protesters reached the embassy.