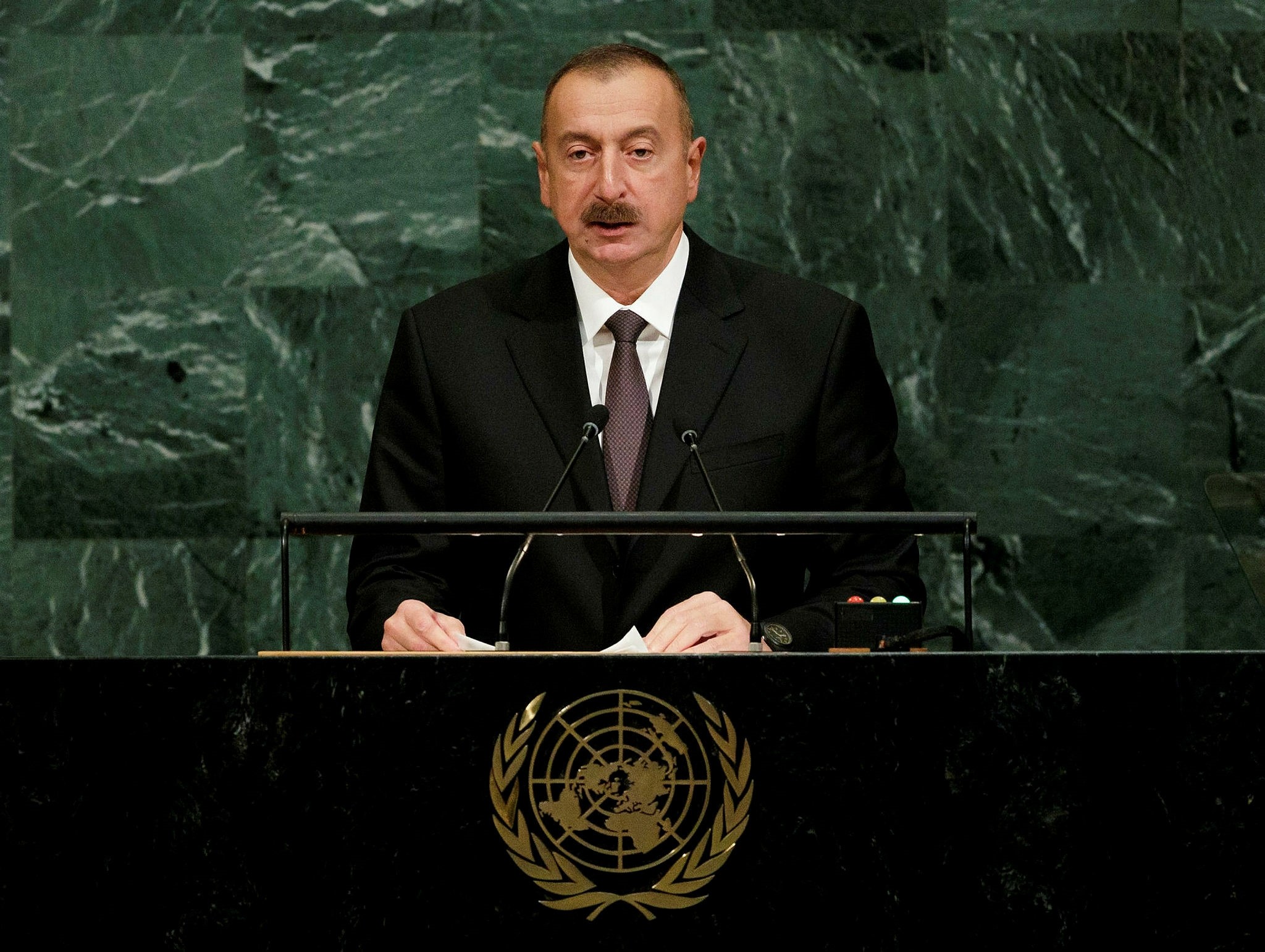 Azerbaijani President Ilham Aliyev on Wednesday threatened Armenia with "severe punishment" over its illegal occupation of Azerbaijani land during his address to the 72nd session of the United Nations General Assembly in New York.

"Armenia is ignoring the United Nations Security Council's resolutions calling for an end to the illegal occupation of Azerbaijani lands. Some UNSC resolutions are fulfilled very quickly, but decisions in our favor have not been in effect for 24 years. This is double standards, and Armenia should be sanctioned on an international level," he said.

"The Azerbaijani military carried out offensives against Armenian forces and liberated some of the occupied lands. Armenia should not forget about this, as Azerbaijan will not back down from military operations and will punish Armenia once again," he added.

Touching upon the issue of ethnic cleansing against Azerbaijanis in Karabakh, he said Armenian forces killed 613 Azeri citizens on Feb. 26, 1992 in the Khojaly Massacre, including 106 women and 63 children. "One of the perpetrators of that genocide is the current Armenian president," Aliyev said.

Armenia currently holds nearly 20 percent of Azerbaijani land under illegal occupation. Every single country in the world recognizes the territory as Azerbaijani land, rejecting to recognize the so-called "Artsakh Republic," which even Armenia does not recognize as a sovereign state.