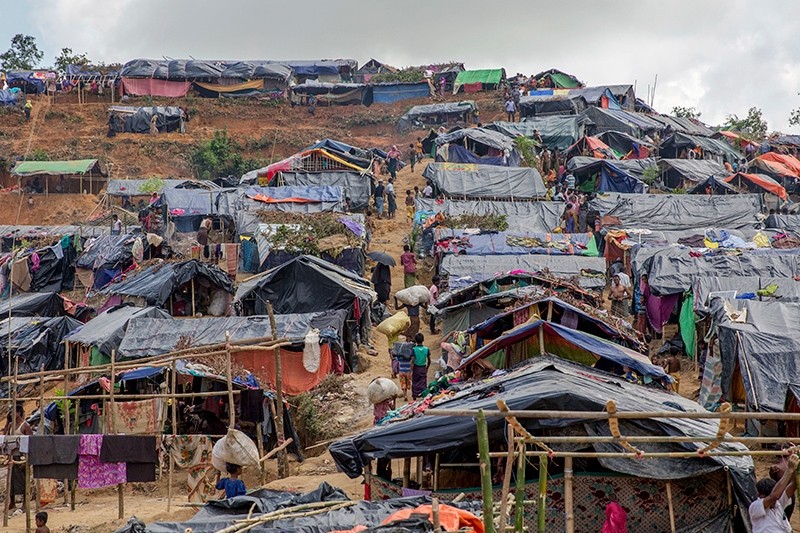 The United Nations will need $200 million over the next six months to face the "catastrophic" influx of more than 420,000 Rohingya refugees to Bangladesh, a top U.N. official said Friday.

The Rohingya Muslims, escaping what U.N. described as ethnic cleansing in Myanmar, have overwhelmed Bangladesh's Cox's Bazar in under a month.

The U.N. made an emergency appeal for $78 million Sept. 9, but U.N. resident coordinator in Bangladesh, Robert Watkins, said much more would be needed as the exodus grows.

"Our best estimate at this point is $200 million. We are putting together a plan right now that will be ready in about four or five days," Watkins told AFP.

He said aid workers were already struggling to get food, medicine and drinking water to the refugees, many of whom were limited to one meal a day.

The Doctors Without Borders (MSF) group has warned that refugee camps are on the brink of a "public health disaster", saying filthy water and faeces flow through shanties now bursting with Rohingya.

"The fact that there are 430,000 refugees here is in fact a catastrophic event. There is no question about that. We are coping the best we can," Watkins said.

"We are working very hard with the government to get out assistance to all the people, to make sure that everyone is covered with shelter, getting food and getting access to healthcare and pure water and sanitation. This is our priority right now."

He described the government allocation of new land for a massive new refugee camp as a "big breakthrough."

The 2,000 acres of land between two existing camps is already being developed.

"People have been supplied with building materials so they can build their own shelters in the short term. In the medium term they can build something more resilient.

"The government has started doing that. We have been offering the government to assist with our biometric registration technology and staff and that is still being negotiated with the government."

The registration could play an important role in any future accord to send Rohingya back to Myanmar, where the Buddhist-dominated army has been accused of killing Rohingya and burning their villages.

A huge relief operation has started with truck convoys carrying aid to some of the remotest border areas.

Some 100 tonnes of food, tents, sleeping mats and blankets sent by Saudi Arabia have started arriving in Cox's Bazar. The United States has also pledged $32 million to help Bangladesh cope with the influx.

The International Organization for Migration said the Saudi aid would be distributed "to some of the thousands of people who have arrived from Myanmar with nothing and are now camped out and living rough on the side of the road or in muddy fields."

"We urgently need more supplies like food, water, medicine and shelter. We can and we must do more," Save the Children International chief executive Helle Thorning-Schmidt said at the United Nations in New York.