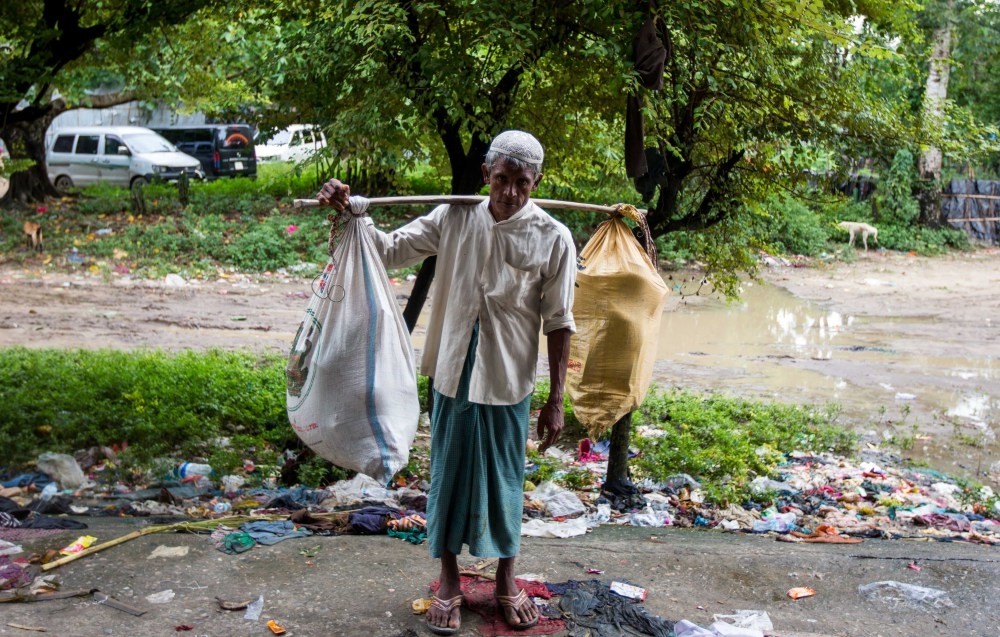 Petehan Abul Hasan says they placed everything they might need during their journey to Bangladesh in two sacks he carried for days, from a pot and rice, to his wife's favorite handbag.
by Uğur Yıldırım Sep 22, 2017 12:00 am

Wıth the few possessions they could gather, Rohingya Muslims head to the Bangladesh border, escaping what the international community terms as the ethnic cleansing of this small community in Rakhine state in Myanmar. Two sacks, some weighing as much as 40 kilograms, dangle from bamboo sticks over their shoulders as they walk for days to reach the relatively safe border area.

The sacks contain everything they have left after their houses were either burned or left in ruins during the Myanmar army's brutal crackdown.

Petehan Abul Hasan, a 57-year-old father of four from the village of Kunnefera in Rakhine, set off on foot on a desperate journey days ago, fleeing what he called attacks by the Myanmar army and Buddhist mobs. Accompanying his family, Hasan, a wiry man, shouldered heavy sacks for about 60 kilometers (35 miles) from his village to the Bangladesh border. Along the route, they had to hide in the forest to escape attacks. 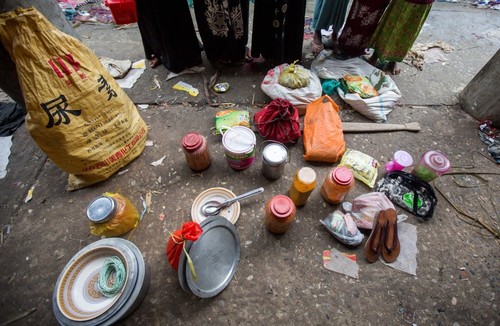 Inside the sacks are all they have left: A few plates, a pot, spoons, old clothes, a pair of slippers, a woman's handbag, potatoes, rice, tea, coffee, salt and spices, an inseparable part of Rohingya Muslims' diet. "When they started torching our villages, we put everything we could carry in the sacks. I had cows, goats and chickens back home, but we had to abandon them. I took potatoes and pepper and a pot for cooking meals during our escape. My wife took her bag she loved the most. We have spare slippers to be used for shoes for our daughters. For 15 days, we walked in the mud, hid in the forest. The sacks were so heavy, but I couldn't afford to leave them. This is all we have now," he said.

According to United Nations figures, more than 400,000 Rohingya Muslims have fled to Bangladesh since late August when the violence erupted. UN Secretary-General Antonio Guterres recently called on Myanmar authorities to take steps to address the crisis, saying, "A vicious cycle of persecution, discrimination, radicalization and violent oppression has led desperate people to flee, putting regional stability at risk." 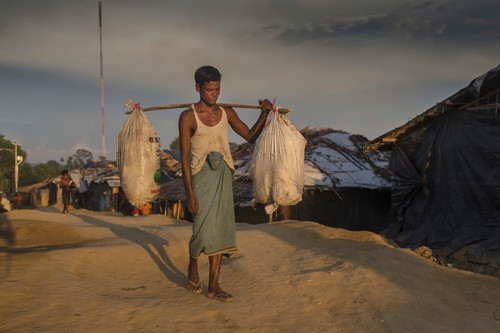 United Nations refugee agency, UNHCR, and charities from across the world stepped up efforts to help the displaced who took shelter in the Kutupalong refugee camp near Bangladesh's Cox Bazar. UNHCR spokesperson Duniya Aslam Khan told reporters in a press conference recently that the displaced endured cold and rain during their treks toward Bangladesh and many had fallen ill. "There is urgent need for more latrines, not least to reduce risks of a spread of disease with so many people living in close quarters. Many also complained of hunger and said they had eaten little on their journeys, which took up to 10 days on foot," she stated.

Turkey is among the most outspoken critics of the crackdown on Rohingya Muslims and blames the international community for doing little to end the plight of the community. Earlier this month, Turkish charities launched aid campaigns for the displaced. Turkish First Lady Emine Erdoğan and other prominent figures were the first to visit the displaced in Bangladesh and delivered aid to Rohingya Muslims. Authorities say some 10,000 tons of aid are gradually being delivered to the community stranded on the border.