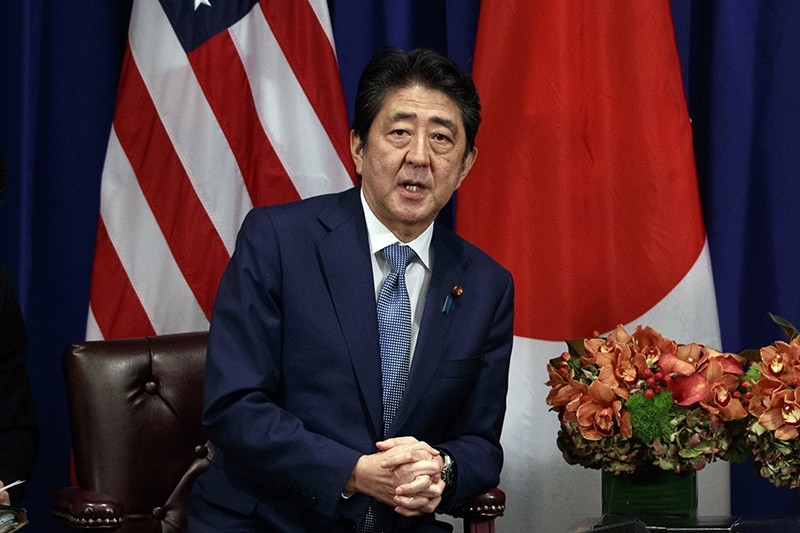 Japanese Prime Minister Shinzo Abe called a snap election on Monday, seeking a fresh term at the helm of the world's third-largest economy as tensions with North Korea reach fever-pitch.

"I will dissolve the House of Representatives on the 28th" of September, Abe told reporters, a precursor to a general election.

The elections will come more than a year earlier than expected, as Abe seeks to take advantage of a political opposition in disarray.

According to a weekend poll in business daily Nikkei, 44 percent of voters plan to vote for Abe's conservative LDP party, while only eight percent said they would side with the main opposition Democratic Party.

Nevertheless, one fifth of those polled said they were still undecided, potentially opening the door for gains by a new party formed by allies of the popular mayor of Tokyo Yuriko Koike, which will field dozens of candidates.

Koike's Tomin First no Kai (Tokyo Residents First) party humiliated Abe and the LDP in local elections in July, but analysts say the new grouping has not had time to lay national foundations to mount a serious challenge to the prime minister.

Seeking to steal his limelight, Koike went before the cameras just hours before Abe's expected announcement to tell reporters she was creating another new national political party called "Kibo no To" (Party of Hope).

"Japan is facing a difficult time considering the situation in North Korea. Economically, the world is making a big move while Japan's presence is gradually declining," said Koike.

"Can we continue letting (the existing lawmakers) handle politics?"

But Jeff Kingston, Director of Asian Studies at Temple University, Japan, said there was "no opposition worthy of the name in Japan."

"The LDP is a giant among dwarves. It would take a major scandal to derail the Abe express," said the analyst.

The winner of the expected snap election faces a daunting in-tray of challenges ranging from an unprecedented crisis with North Korea to reviving the once world-beating Japanese economy.

Pyongyang has threatened to "sink" Japan into the sea and fired two missiles over the northern island of Hokkaido in the space of less than a month.

Surveys suggest voters approve of nationalist Abe's firm line on North Korea and the crisis appears to have given him a welcome boost in the polls following a series of scandals, including allegations he improperly favored a friend in a business deal.

Despite a recent run of growth, the election winner will also have to contend with a sluggish economy, as the heavily indebted country grapples with low birthrates and a shrinking labor force.

At a press conference planned for 6:00pm (0900 GMT) where Abe is expected to call the snap election, he is also set to announce that proceeds from a planned sales tax hike in 2019 will be plowed into education rather than paying down the country's enormous debt.

Although Abe is expected to triumph in the vote, there are question marks over whether he will retain a two-thirds parliamentary majority needed to reform the constitution to strengthen Japan's military, a stated priority of his.

"Despite the seemingly favorable backdrop for Abe, there are risks in calling a snap election," said Yoel Sano, an analyst at BMI research.

At a time of national crisis over North Korea, Japanese voters may see it as a "cynical and opportunistic move" designed to divert attention from a series of scandals that weighed on Abe's popularity, warned Sano.

Commentator Masao Yora said the election will "create a political vacuum" just when the country needs strong leadership in the face of the threat from Pyongyang.

This "may seem normal in Japan but from abroad, it is difficult to understand," Yora told AFP.

If re-elected, it would be Abe's fourth term at the helm of the world's third top economy.

The third-generation of powerful politicians, Abe appeared to be groomed for power from an early age and he was the country's youngest prime minister when he first won the top job.

He was the first world leader to cultivate close relations with U.S. President Donald Trump, meeting the tycoon in Trump Tower even before he was inaugurated.