Philippine president dares public to shoot him if wealth exceeds $781,194 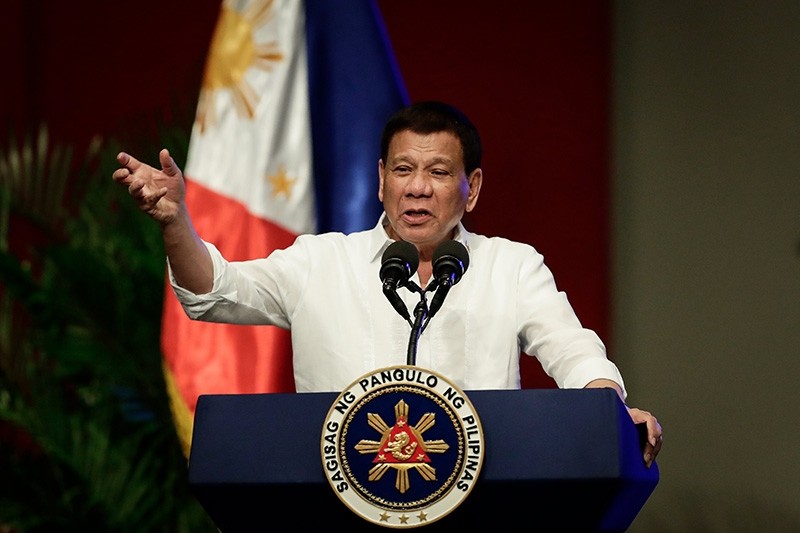 President Rodrigo Duterte on Monday dared the public to shoot him if his wealth turns out to be more than PHP40 million ($781,194), disputing allegations he has millions of pesos parked in bank accounts.

"It could not be more than PHP40 million. It is a lifetime savings. I am already 72 (years old). I started working when I was 27," said Duterte, as quoted by ABS-CBN News, speaking before Philippine troops on his sixth visit to war-town Marawi city to inaugurate temporary shelters for residents displaced by the crisis there.

"You can shoot me. You can overthrow me if you want if (my wealth exceeds) that," he said.

Duterte also reiterated that he will not submit to a probe on his wealth by Ombudsman Conchita Carpio Morales, who "illegally obtained" documents proving opposition Senator Antonio Trillanes IV's allegation that the president kept hidden wealth

"I will not obey the ombudsman because she is corrupt and she is holding illegally obtained evidence which cannot be used in court," he said.

Duterte once again called on the ombudsman to resign because she is holding evidence without the permission of the Anti-Money Laundering Council (AMLC).

Senator Trillanes earlier Monday slammed Duterte for challenging the ombudsman and chief justice to resign with him amid the ill-gotten wealth allegations against him.

"He (Duterte) is the thief," said Trillanes. "He should resign."

Trillanes reminded the president of his campaign promise to step down since he was not able to eradicate the country's narcotics problem within six months.

Overall Deputy Ombudsman Arthur Carandang last week claimed he was able to obtain documents from the AMLC which show billions of pesos worth of transactions of Duterte and his family's transactions.

The AMLC however has denied releasing any documents to the ombudsman as it has yet to evaluate its request for an investigation of the president's and his family's bank accounts.

The president previously said he would resign if accusations against his children are proven true.