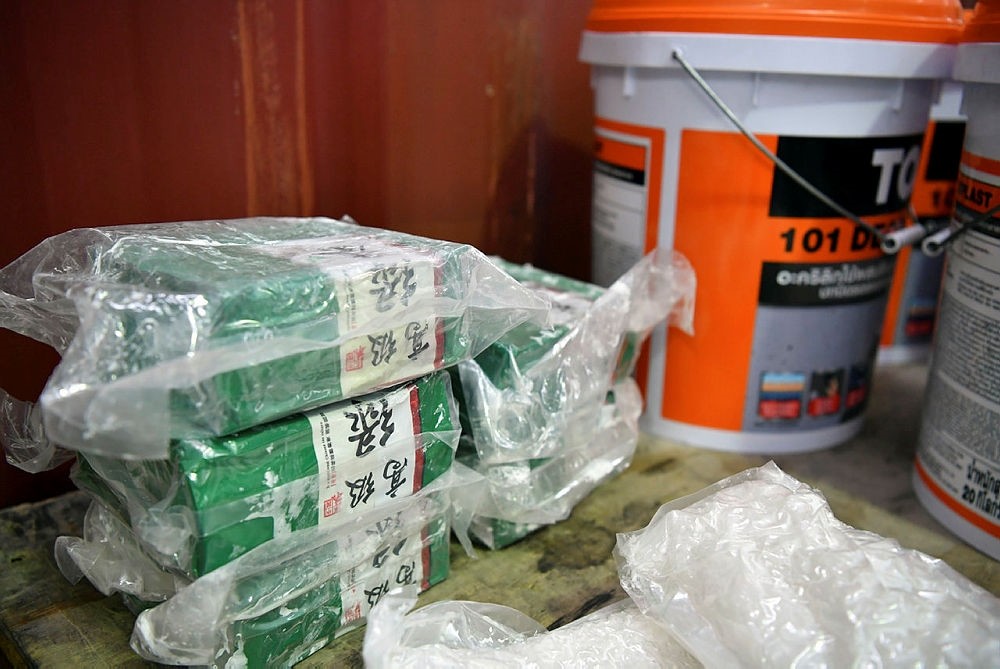 It was the largest seizure of drug precursor chemicals at the Australian border, police said Friday. The amount of ephedrine was enough to make methamphetamine worth 3 billion US dollars.

The chemicals were seized as part of a joint investigation by the federal police and the border force after receiving information from Thai authorities about possible large-scale drug imports into Sydney.

The chemicals were hidden in a shipment of more than 1,000 cartons, each containing 24 bottles of iced tea, of which about one-third returned a positive reading for liquid ephedrine.

Two men, a 22-year-old Chinese-Australian dual national and a 22-year-old Australian, were arrested for their alleged role in the importation of the drug precursor earlier this week.

The offences carry a maximum penalty of 25 years' imprisonment.

Police also seized a sea cargo container with 350 kilograms of methamphetamine sealed inside drums of liquid plaster, with an approximate street value of 300 million US dollars.

A 31-year-old Sydney man was arrested for attempting to possess a commercial quantity of a border controlled drug. The offence carries a maximum penalty of life imprisonment.

"We know our country has an insatiable demand for narcotics, and criminal networks will use every concealment method possible to get their harmful substances past our borders," said Australian Federal Police Commissioner Andrew Colvin.