Trump says North Korea diplomacy has failed, 'Only one thing will work' 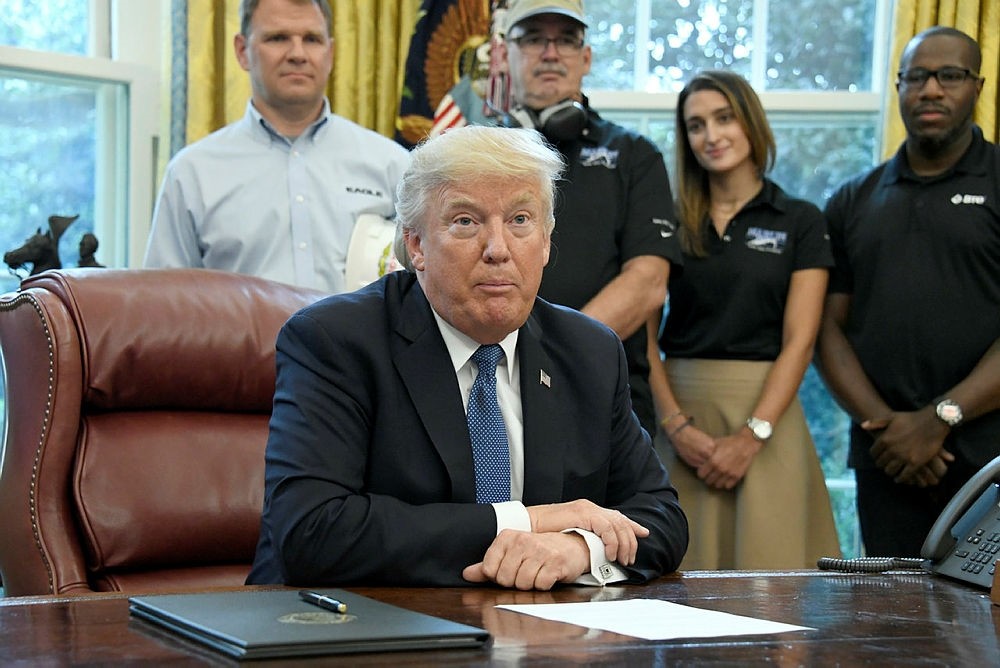 U.S. President Donald Trump said Saturday that diplomatic efforts with North Korea have consistently failed, adding that "only one thing will work."

Trump has engaged in an escalating war of words with North Korean strongman Kim Jong-Un, trading insults amid rising tensions between the two nuclear-armed rivals.

"Presidents and their administrations have been talking to North Korea for 25 years, agreements made and massive amounts of money paid," Trump tweeted.

It "hasn't worked, agreements violated before the ink was dry, makings fools of U.S. negotiators. Sorry, but only one thing will work!"

The US has not ruled out the use of force to compel Pyongyang to halt missile and nuclear tests, and Trump has threatened to "totally destroy" the country.

The mercurial American president also told journalists at a recent gathering with military leaders to discuss Iran, North Korea, and the Islamic State group that this "could be the calm before the storm," declining to clarify his remarks.

Last week, as Secretary of State Rex Tillerson flew home from meeting with top Chinese officials, Trump tweeted that his envoy was "wasting his time" in trying to probe North Korea's willingness to talk.

The message came after Tillerson had revealed there were backchannels between US and North Korean officials.