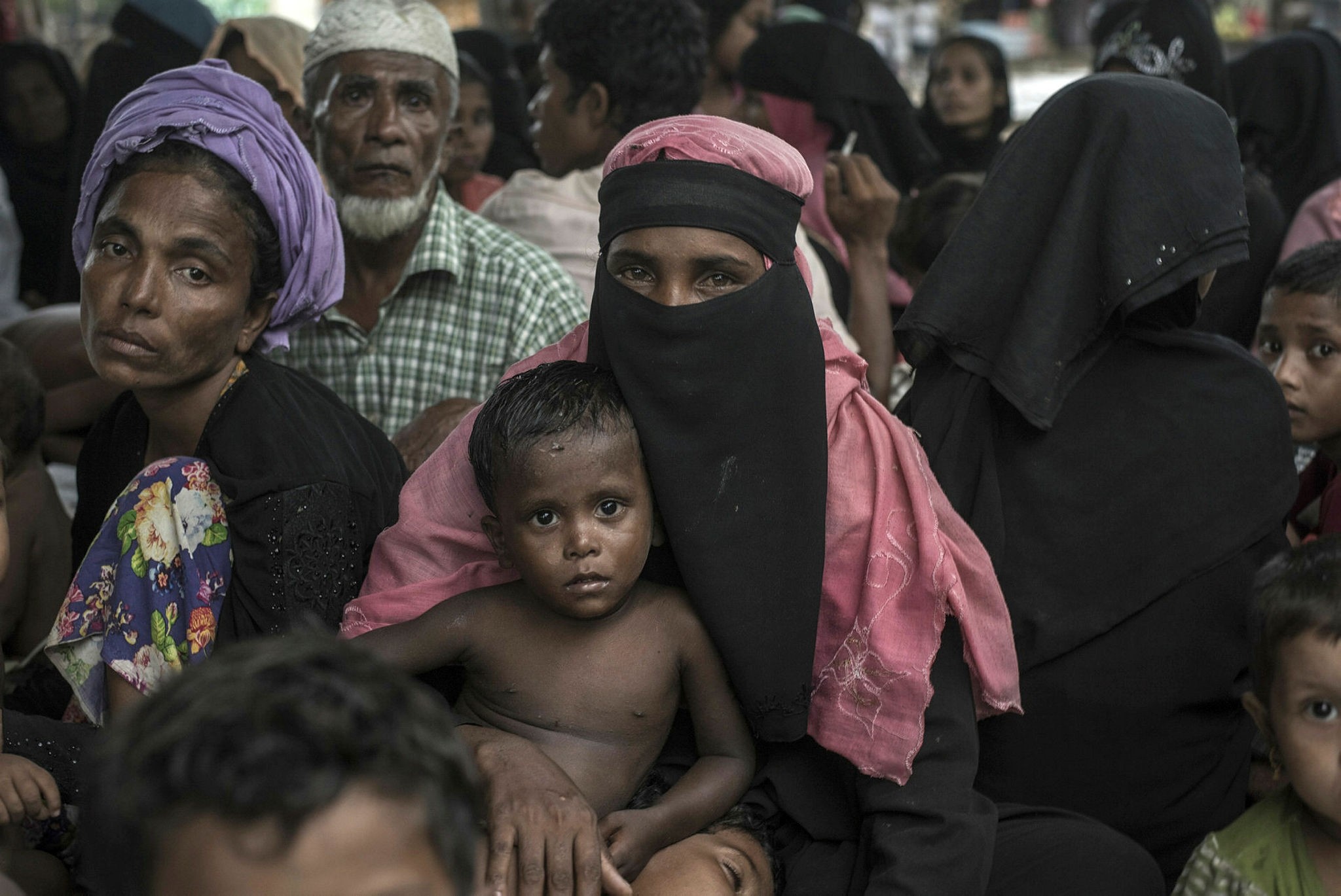 Rohingya Muslim refugees take shelter from the rain at the registration center in Teknaf in Bangladesh's Ukhia district, Oct. 6.
by Compiled from Wire Services Oct 09, 2017 12:00 am

Starvation caused by Myanmar's military and government restrictions will cause a new wave of Rohingya to escape to Bangladesh. More than a quarter million Rohingya left Burma and will confront a wide range of human rights violations, such as forced labor, extortion, and harassment. Thousands more will leave their hometowns and face harder conditions in the coming days and weeks.

Crops are ready to harvest and those remaining in the area are prospective nominees of forced labor since the Rohingya farmers left the state.

The Rohingya still in Burma now face extortion by the military to buy the livestock stolen from those who have fled. The cost now is triple the market value and the threat of arrest for refusing also frightens the people.

In a village called Oolaphay many homes were destroyed near the security posts, Rakhine mobs accompanied by the military burned them in Maungdaw three days ago.

President of the Burmese Rohingya Organization in U.K. said, "Rohingya are now being starved out of Burma and unless real pressure is put on the government and military to lift aid and movement restrictions most of the Rohingya left in Burma will be forced out within weeks."

The military and government have ignored the United Nations Security Council."

Myanmar's northern state of Rakhine has been emptied of half of its Rohingya population in weeks. More are on the move as insecurity presses them to leave those villages which have so far been spared the worst of the violence that ripped through the state. Over 10,000 "Muslims" have arrived "between Letphwekya and Kwunthpin village to emigrate to the neighboring country", the state-backed Global New Light of Myanmar newspaper reported yesterday.

The U.N. has labeled the Rohingya one of the world's most persecuted religious minorities. Violence erupted in Myanmar's Rakhine state on Aug. 25, when the country's security forces launched an operation against the Rohingya Muslim community. It triggered a fresh influx of refugees towards neighboring Bangladesh, though the country sealed off its border to refugees. The region has seen simmering tension between its Buddhist and Muslim populations since communal violence broke out in 2012.Last October, following attacks on border posts in Rakhine's Maungdaw district, security forces launched a five-month crackdown in which, according to Rohingya groups, around 400 people were killed. The U.N. documented mass gang rapes, killings – including of infants and young children – brutal beatings, and disappearances committed by security personnel. In a report, U.N. investigators said such violations may have constituted crimes against humanity.