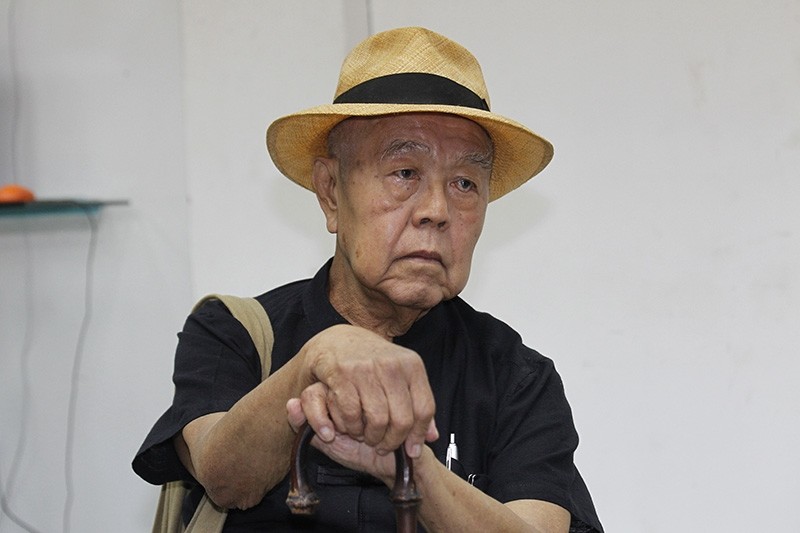 A prominent Thai historian met prosecutors at a Bangkok military court on Monday to hear charges against him for doubting the existence of an epic battle in the sixteenth century.

Sulak Sivaraksa, 85, was charged with insulting the royal family for expressing his doubt that a 1592 battle between Naresuan the Great of the Ayutthaya Kingdom and Crown Prince Mingyi Swa of Burma actually took place. He made the comments at a 2014 academic forum.

The duel, which is not mentioned in Burmese versions, is enshrined in Thai history as the moment when the Siamese king defeated the Burmese prince in a heroic duel. A number of movies and TV series have been made about the battle.

Sulak, who walks with the aid of a cane, said he had no idea why the case was going ahead now, so long after his speech.

"Perhaps they don't like me because I never close my mouth," he said. "I speak the truth. I believe in the Quakers: speaking truth to power. I think it is my duty."

Lese majeste, as the offense of insulting the monarch is known, is punishable by three to 15 years in prison. The law only mentions the top members of the royal family, and doesn't appear to mention dead monarchs, but in practice the rules are often more widely interpreted.

Sulak's lawyer, Puangtip Boonsanong, said it was "up to each individual's interpretation" over whether dead kings were protected by the lese majeste law.

Sulak is well-known for his criticism against the lese-majesty law and the military regime. He was charged with lese-majesty on multiple occasions and served a brief period in prison. Most of the previous charges against him have been cleared.

At least 93 cases of lese majeste involving 138 people have been prosecuted since Thailand's military seized power in 2014, according to the legal aid group Thai Lawyers for Human Rights. Rights groups say the government's actions are a way of silencing critics and cementing political control.

Puangtip said Sulak would fight the charges against him. He is scheduled for another meeting with prosecutors Dec. 7.

The development in the case comes little more than two weeks before the funeral of King Bhumibhol Adulyadej, who died a year ago.

The country is busy making preparations for what will be huge and elaborate national event, and pro-royalist feelings are at a height.