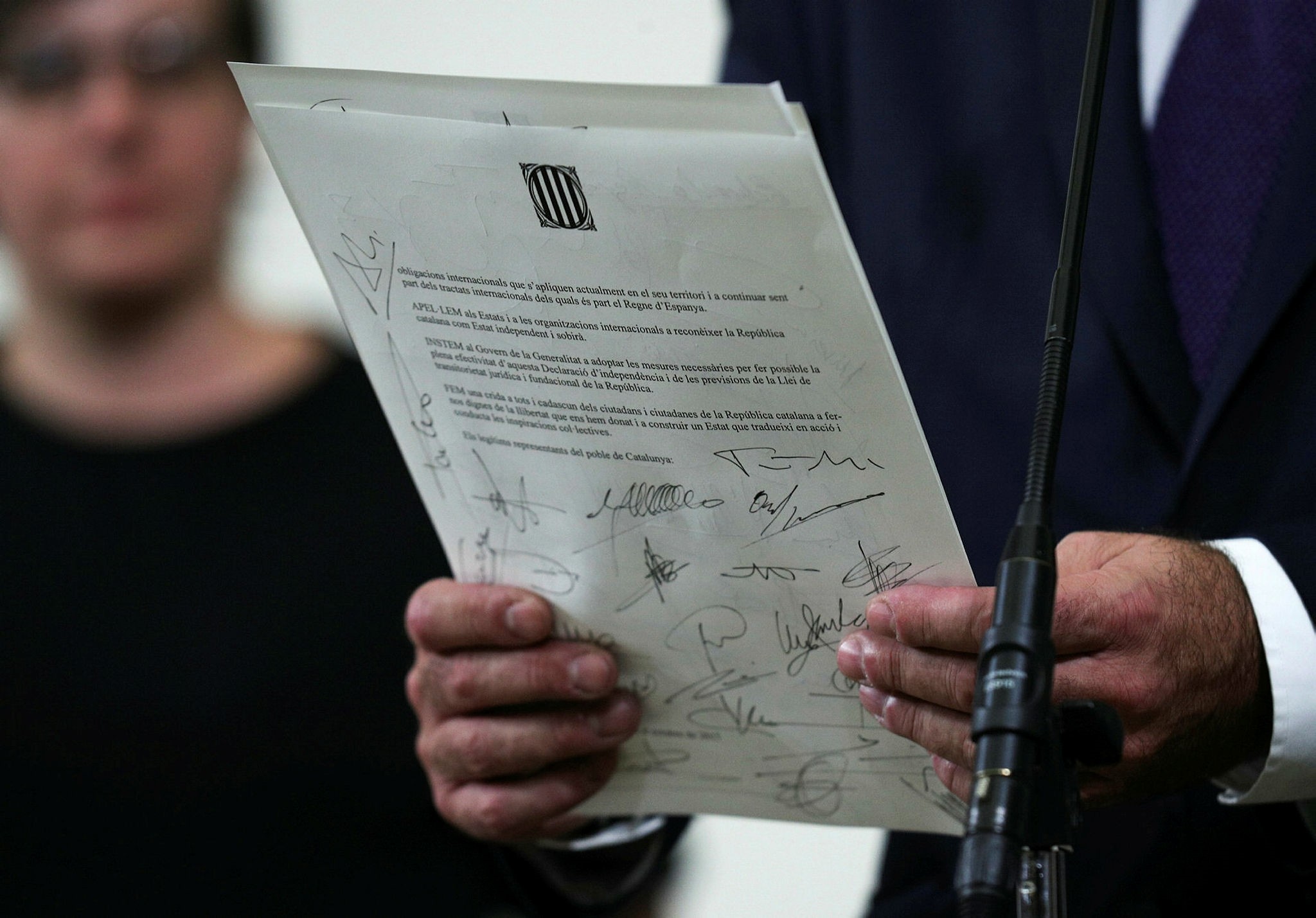 Catalan lawmakers signed a document late Tuesday they call a "declaration of independence from Spain," saying that the bill will be implemented later.

Regional president Carles Puigdemont was the first to sign the document titled "Declaration of the Representatives of Catalonia." After him, dozens of other lawmakers signed it.

The signing ceremony came a few hours after Puigdemont addressed the regional parliament, saying Catalans had earned the right to independence from Spain after a referendum on Oct. 1. But he called for dialogue with Spain's government, which has condemned the referendum as illegal and unconstitutional.

It's not clear what might happen if Catalonia does actually try to secede. Spanish Prime Minister Mariano Rajoy has vowed that Spain will not be divided and says he will use all lawful measures at his disposal to stop the separatists.

The most talked about is activating Article 155 of the Spanish Constitution, which would allow the central government to take control of any of its 17 regions that don't comply with their legal obligations.