No 'plan B' if Myanmar does not comply with UN recommendations, Kofi Annan says 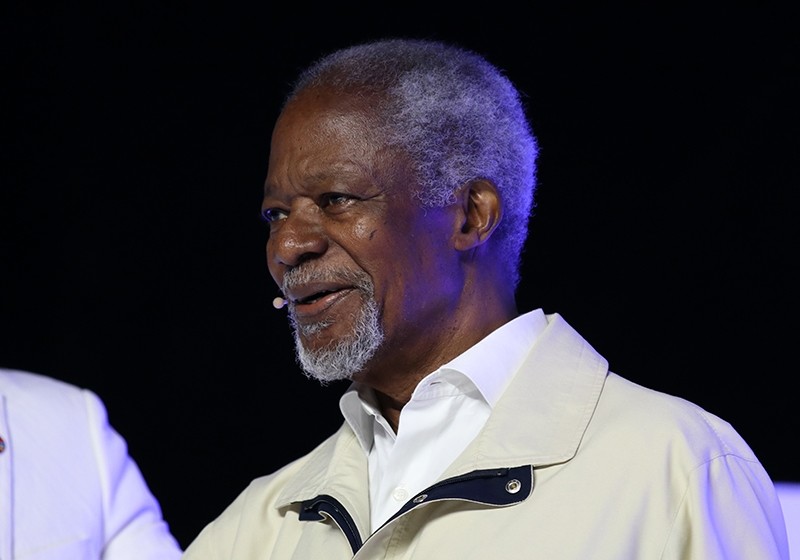 There is no "plan B" for Myanmar if the government does not accept U.N. recommendations for a resolution to Rohingya crisis, former U.N. secretary general Kofi Annan told reporters in New York on Friday.

Annan, who is chairing a commission on Myanmar's Rakhine state, briefed the Security Council as it discussed ways to halt the humanitarian crisis that has seen more than half a million Rohingya Muslims flee to Bangladesh.

Myanmar is going through a "difficult transition" after five decades of military rule, but if the international community cannot work together on a plan based on his recommendations, "we are going to have a long-term festering problem," Annan said.

"I don't have a plan B - my work is done," Annan said of his commission's findings. "We have to tackle the root causes and the report deals with that."

"This is not going to be easy - they will only go back if they have a sense of security and confidence their lives will be better," Annan said.

Myanmar security forces have carried out "well-organized, coordinated and systematic" attacks against the Rohingya, according to the U.N.'s Human Rights Office.

It is a positive step that Myanmar's authorities are softening rules, which state refugees need to show proof of residency to return home, as "it's very hard to have that if you left a burning village under attack," British ambassador Matthew Rycroft said.

Britain and France are leading Security Council negotiations for a resolution to the crisis.