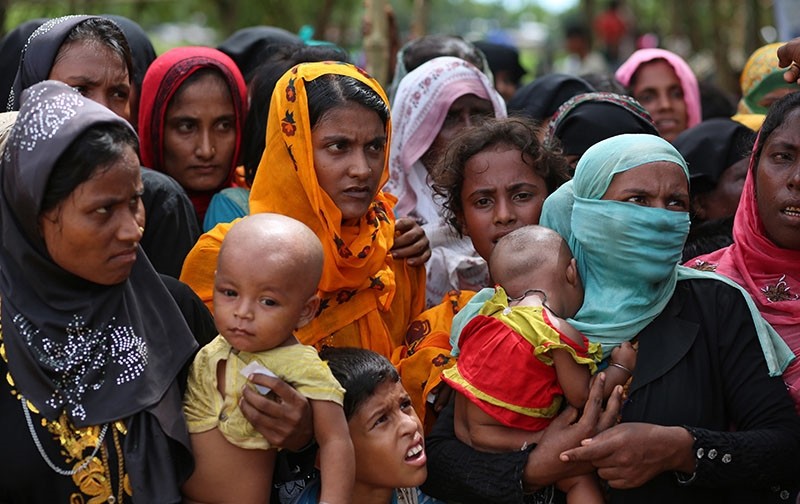 Thousands more Rohingya Muslims are fleeing large-scale violence and persecution in Myanmar and crossing into Bangladesh, where more than half a million others are already living in squalid and overcrowded camps, according to witnesses and a drone video shot by the U.N. office for refugees.

Witnesses say a new wave of refugees started crossing the border over the weekend. Several said that they were stopped by Bangladeshi border guards and spent the night in muddy rice fields.

In Geneva Tuesday, UNHCR spokesman Andrej Mahecic said an estimated 10,000 to 15,000 Rohingya had fled since Sunday night raising the overall total to 582,000 refugees who have left Myanmar since Aug. 25.

He said the latest influx came through the Anjuman Para border crossing point, and many of the new refugees explained they had fled when their villages were set on fire.

"As of this morning, they are still squatting in the paddy fields of Anjuman Para village in Bangladesh," Mahecic told a news briefing. "They are waiting for permission to move away from the border, where the sound of gunfire continues to be heard every night from the Myanmar side."

The violence in Buddhist-majority Myanmar's Rakhine state erupted after a Rohingya insurgent group known as the Arakan Rohingya Salvation Army attacked at least 30 security outposts Aug. 25 and the military responded with brutal attacks against the Rohingya Muslim population.

The exodus of Rohingya has continued, with a few small breaks, over the last eight weeks.

The new arrivals, almost all terrified and starving, described scenes of incredible violence with army troops and Buddhist mobs attacking Rohingya homes. The U.N. has described the violence as "textbook ethnic cleansing." 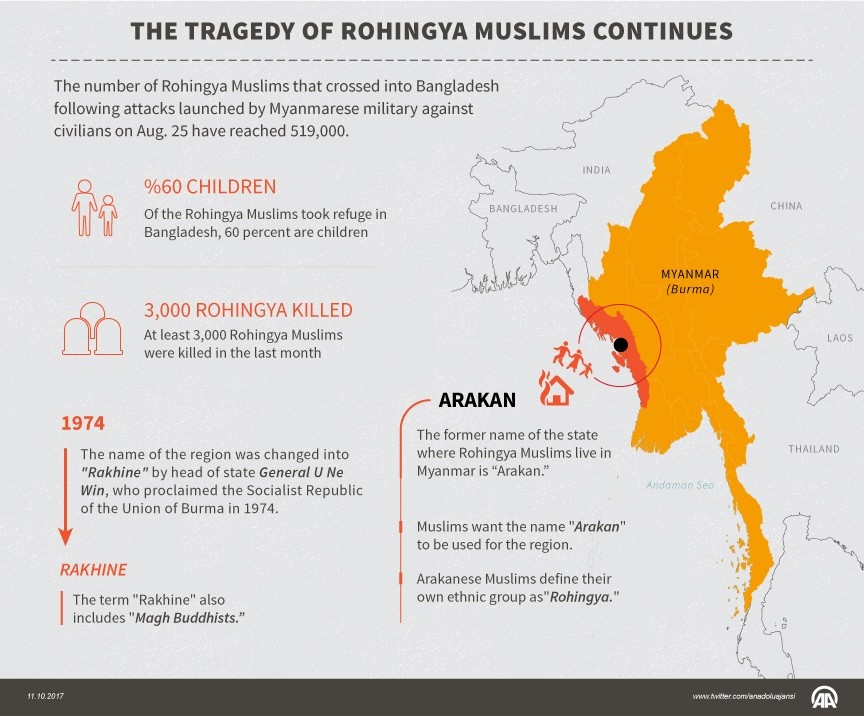 More recent refugees have also said the Rohingya were being starved in a bid to make them leave.

Women and children, who make up more than 60 percent of the fleeing Rohingya, are especially at risk in the new camps.

"There are no toilets in the newly established camps," and many of the migrants have not been able to clean themselves for weeks, Shug told Anadolu Agency. Open sewage is prompting epidemics of diarrhea and cholera.

Myanmar officials have denied any systematic violence against the Rohingya Muslims. On Monday, the commander in chief of the country's army accused them of bullying Buddhists in Rakhine with the help of foreign organizations, including the United Nations.

Many Buddhists in Myanmar call the Rohingya "Bengalis" and say they migrated illegally from Bangladesh, even though they have lived in the country for generations. Most Rohingya have been denied citizenship since 1982 and are excluded from the country's 135 official ethnic groups, which effectively renders them stateless.