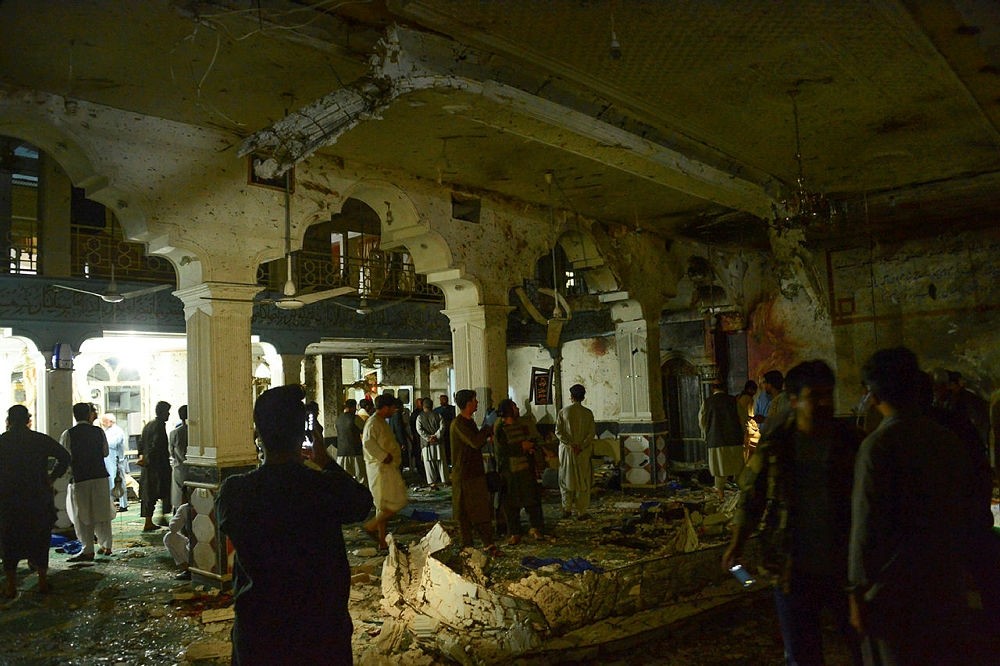 Afghan security personel inspect the site of a suicide bomb attack at a Shiite mosque in Herat, Afghanistan, Aug. 1, 2017.
by Compiled from Wire Services
Oct 20, 2017 12:00 am

More than 70 people were killed when suicide bombers blew themselves up in two separate mosque attacks in Afghanistan on Friday, officials said, capping a bloody week in the war-torn country.

In the first attack, on a Shiite mosque in the Afghan capital Kabul, at least 39 people including women and children were killed and 45 others wounded when a suicide bomber exploded as worshippers gathered for evening prayer.

In the second assault, a suicide bomber detonated himself in a Sunni mosque in the impoverished and remote central province of Ghor, killing at least 33 and wounding more than a dozen, Ghor police spokesman Mohammad Iqbal Nizami said.

A senior local police commander, who is believed to have been the target of the attack in Dolaina district, was among the dead, district governor Mohsen Danishyar told AFP.

Afghanistan's Shiite population has been heavily hit this year, with at least 84 people killed and 194 wounded in attacks on their mosques and religious ceremonies, according to a United Nations report released last week.

Among those were at least two attacks on mosques in Kabul in August and September.