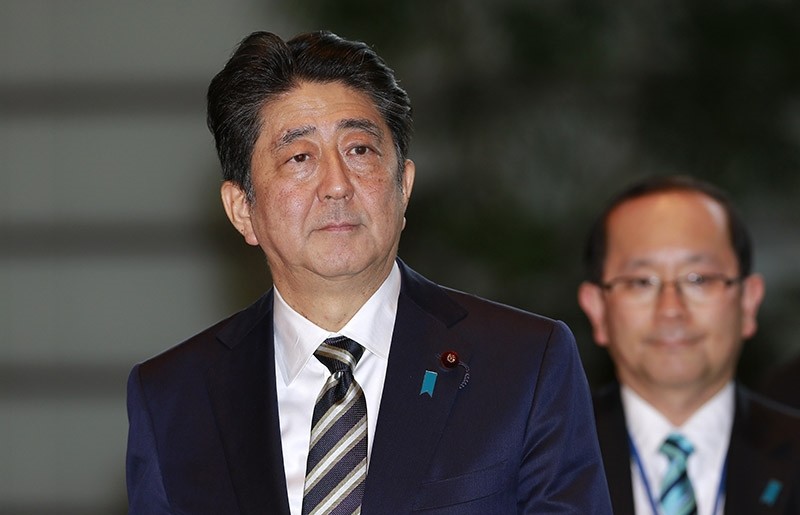 Japan's lower house of parliament re-elected Shinzo Abe as prime minister on Wednesday after his party won a resounding victory in a snap election last month.

Abe, who has been Japan's leader since December 2012, easily won the race with 312 votes in the 465-seat lower house. He is expected to reappoint the same ministers to his Cabinet later in the day.

During the campaign Abe had stressed the need for strong leadership to deal with what he called Japan's "twin crises", a belligerent and nuclear-armed North Korea and a shrinking birth rate.

He has also vowed to start a debate on the controversial issue of making changes to Japan's US-imposed post-war constitution to bolster the role of the military in the formally pacifist country.

A beaming Abe then moved around the chamber, shaking hands with supporters.

Despite his overwhelming victory in the October polls, Abe's popularity ratings are relatively low and most observers attribute his election success to a weak and fractured opposition.

The main opposition party, the Democratic Party (DP), effectively disbanded after Tokyo Governor Yuriko Koike launched a new conservative group and vowed to do away with "old school politics".

In the end, Koike's support imploded, mainly because she failed to stand herself in the election -- confusing voters who did not know who would be premier if she won.

The Party of Hope finished with a mere 50 seats while the Constitutional Democrats won 55.

They were both dwarfed by Abe's conservative coalition, which secured 313 lower house seats and obtained the "super majority" required to change the constitution.