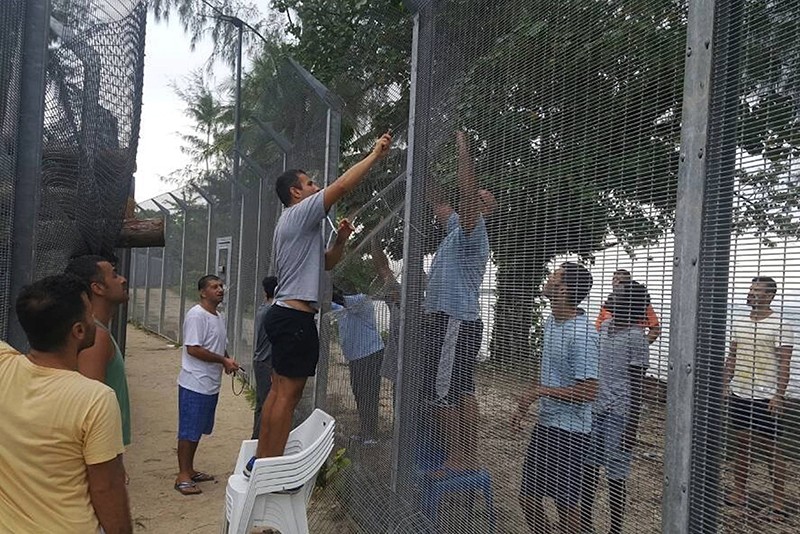 The detainees in the Manus Island Centre have for two days defied attempts by Australia and Papua New Guinea to close the camp, saying they fear violent reprisals from the local community if they are moved to other "transit centers."

With food all but exhausted, many of the men are beginning to show the ill-effects of two-days without adequate nourishment, an environment the U.N. refugee commissioner said Australia must urgently resolve with Papua New Guinea.

"Australia remains responsible for the well-being of all those moved to Papua New Guinea until adequate, long-term solutions outside the country are found," the U.N. body said in a statement Thursday.

The Manus center has been a key part of Australia's controversial "Sovereign Borders" immigration policy, which refuses to allow asylum seekers arriving by boat to reach its shores, detaining them in camps in Papua New Guinea and Nauru in the South Pacific.

The United Nations and rights groups have for years cited human rights abuses among detainees in the centers.

Papua New Guinea's High Court ruled last year that the Manus center, first opened in 2001, was illegal and the camp was scheduled to close on Oct. 31, when security staff withdrew.

The 600 men in the camp have no water and power after utilities to the camp were cut off on Wednesday. Desperate to source alternative supplies, dozens of men worked during the night, using wooden poles to dig deep holes to find water, using torches to light their task, photos supplied to Reuters showed.

Without running water, advocates fear a rapid decline in sanitary conditions of the camp.

MSF said in a statement to Reuters that it was "deeply concerned and saddened" and that Australia and Papua New Guinea are responsible for the care to the detainees.

Australia has said the men should move to new "transit centers" and has pledged A$250 million ($193 million) worth of food and security for the next 12 months.

But the U.N. refugee commissioner said one of the new facilities was still a makeshift camp composed of shipping containers. "Containers are surrounded by mud and do not have electrical or water connections as yet," it said.

The relocation of the men is designed as a temporary measure, allowing the United States time to complete vetting of refugees as part of a refugee swap deal.

Those not accepted by the United States have the option of being resettled in Papua New Guinea, but none wish to stay, or another developing country.

Lawyers for the detainees have filed a suit in Papua New Guinea's Supreme Court to prevent the Manus camp's closure and for services to be returned. A ruling is expected later on Thursday, although it has been delayed for more than two days already.

Most of the detainees come from war-torn countries such as Afghanistan, Iran, Myanmar, Pakistan, Sri Lanka and Syria.