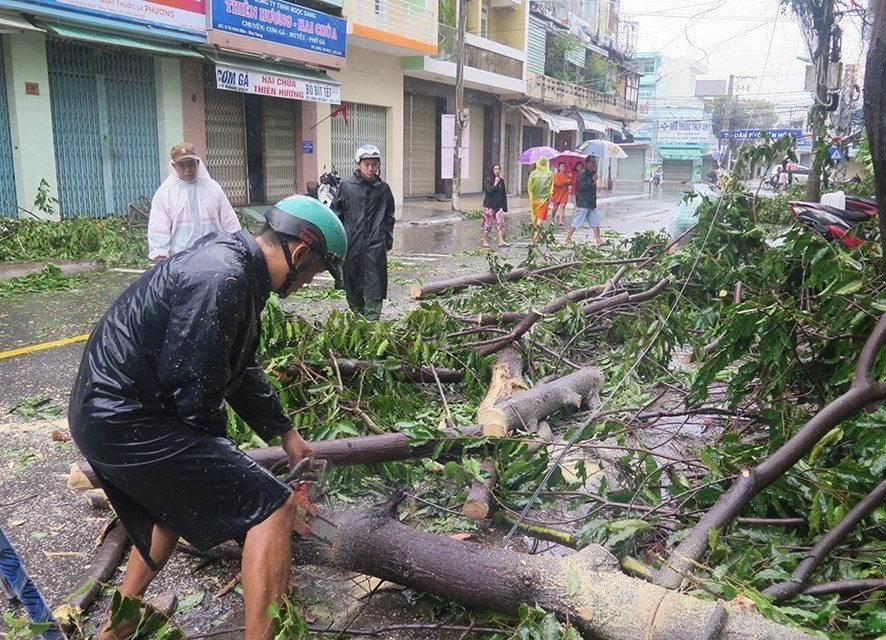 At least 27 people have died and nearly two dozen are missing after Typhoon Damrey barrelled into Vietnam, authorities said Sunday, just days before the country welcomes world leaders to the APEC summit.

The storm, which made landfall on Saturday, is the worst in decades to strike the southern coastal region -- an area normally spared typhoons that usually hit further north.

More than 40,000 homes were destroyed as heavy rains and 130 km/h (80 mph) winds tore through the region, leaving 27 dead and 22 missing, according to Vietnam's disaster management office.

More than 30,000 people, including foreign tourists, were evacuated from the area ahead of the storm.

A dozen flights were cancelled and railway services were suspended, while local authorities in Phu Yen province said Tuy Hoa city "has never suffered such devastation".

There were also reports of minor damage around 500 kilometres north in Danang, the coastal city where Vietnam will host the Asia-Pacific Economic Cooperation (APEC) summit next week.

The week-long gathering will bring together leaders including US President Donald Trump and China's Xi Jinping.

Vietnam has been pummelled by a dozen major storms since the start of 2017, with at least 240 people reported dead or missing in floods and landslides.

Some 80 were killed in the weeks after Typhoon Doksuri battered central provinces with rain in September, destroying thousands of homes and triggering severe floods.

The World Bank said natural disasters have killed more than 13,000 people and caused more than $6.4 billion in property damage to Vietnam over the past two decades.