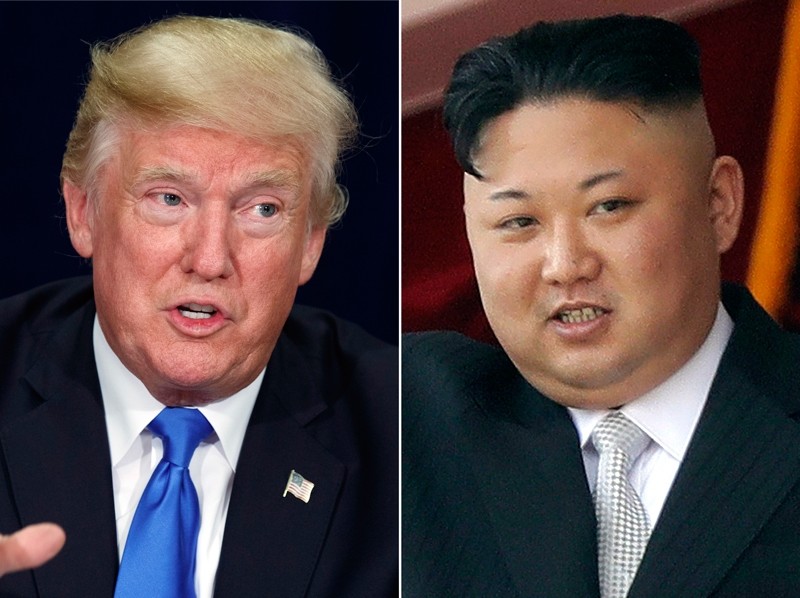 U.S. President Donald Trump issued a strong warning to Kim Jong-un over North Korea's nuclear weapons program upon arriving in Japan Sunday for the start of a 13-day tour of five nations of Asia, the longest overseas tour of his presidency so far.

"No one, no dictator should underestimate our resolve," the president told an assembly of American and Japanese servicemen at Yokota Air Force Base, a large American installation in Tokyo's western suburbs.

He had good words for Japan, his country's strongest friend in the Asia-Pacific, calling it is "a crucial ally of the United States."

He praised the Japanese armed forces, using its official name of "Self Defense Forces," and mentioned several air force generals by name.

Japan is the first stop on the president's Asian tour, which will take him to South Korea, China, Vietnam, and the Philippines.

Prime Minister Shinzo Abe has gone out of his way to cultivate close relations with Trump. Only a few days after the election, he was the first foreign leader to fly to New York to talk with Trump. They speak frequently on the phone.

He has refrained from criticizing Trump, despite worries over growing protectionism in the U.S. and the threat of America-led military action against North Korea.

Abe is probably the gold standard "in terms of getting on side with the president of the United States," Brad Glosserman, visiting professor at Tama University and Senior Advisor for Pacific Forum Center for Strategic and International Studies (CSIS) in Honolulu, told Japan Times in September.

Trump will spend Monday in Japan before flying to Seoul, South Korea. He is expected to play golf with Abe, have tea with the emperor and empress, and meet with relatives of Japanese kidnapped by North Korea in the 1970s and 1980s.