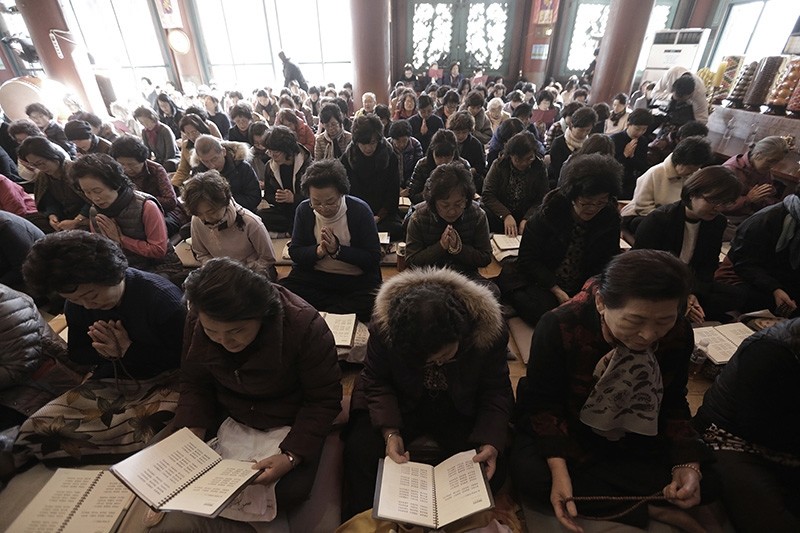 The quake, the second most powerful recorded in South Korea, struck at a depth of 9 kilometers (6 miles) near the industrial city of Pohang at around 2:30 p.m. (0530 GMT), the Korea Meteorological Administration said.

Seven people were injured, Seoul's public administration ministry said, but they warned that number could rise because the quake was shallow.

The Korean peninsula is rarely troubled by significant quakes but seismic activity is closely monitored because a spike in activity is often the first indication that North Korea has carried out a nuclear test.

Wednesday's quake was felt across the country, including in the capital Seoul.

It came a day ahead of the all-important college entrance exam during which the whole nation falls silent to help teenagers focus on the annual event, whose result could define their future in the hyper-competitive society.

The Ministry of Education announced late Wednesday that the exam would be postponed by a week because damage had been caused to five schools in Pohang where students were set to take the test, Yonhap news agency reported.

"The fact that students' safety is the most important, and the need to ensure fairness in carrying out the test, has led us to the decision," Yonhap quoted Education Minister Kim Sang-gon as saying at a news conference.

"After they did full inspections in all 14 schools in Pohang that have been designated to hold the exam, five of them were found to have developed cracks," he added.

This is the first time a natural disaster had forced such a reschedule of the crucial exams, said the news agency.

South Koreans take significant steps to ensure their young students are not distracted during the annual exams.

Seoul's financial markets and many businesses open late in the day to clear traffic for test-takers, while airport landings and takeoffs are suspended for 30 minutes during the main language listening test.

Shattered storefronts and goods tumbling off store shelves were seen in images posted on social media, as well as cars smashed by fallen bricks and cracks in the ground.

Pohang is home to the headquarters of Posco, the world's fourth largest steelmaker. No immediate damage was reported in the firm's steel mills.

Wednesday's quake was followed by multiple aftershocks including a 4.3-magnitude tremor that hit about two hours later.

The most powerful quake recorded in the South was a 5.8-magnitude tremor that hit the southeastern city of Gyeongju in September last year.