China says Myanmar, Bangladesh back its solution to Rohingya crisis 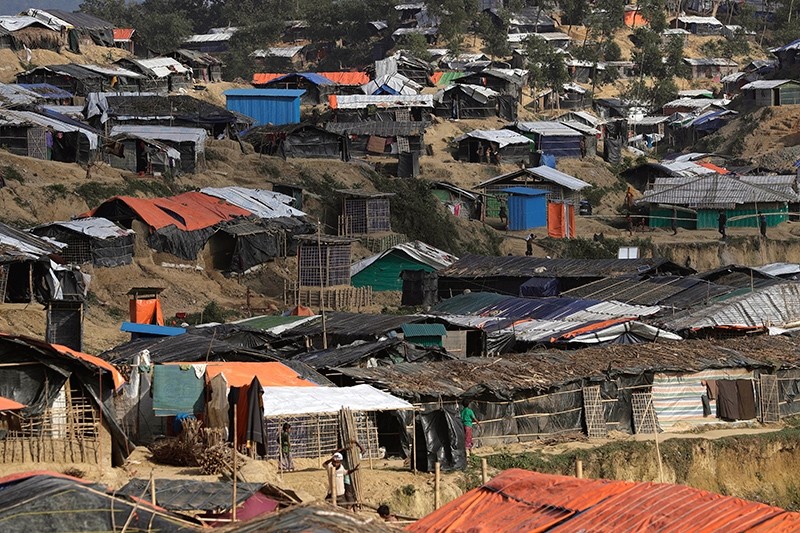 In this Nov. 19, 2017, photo, tents are seen in the Kutupalong refugee camp in Bangladesh where Rohingya Muslims live, after crossing over from Myanmar into Bangladesh. (AP Photo)
by Compiled from Wire Services Nov 20, 2017 12:00 am

China said Monday Myanmar and Bangladesh have endorsed its calls for a negotiated resolution of the Rohingya refugee crisis.

Foreign ministry spokesman Lu Kang told reporters that a three-stage solution proposed by China has been accepted by both countries.

The plan, which begins with a cessation of hostilities leading to talks, was proposed by Chinese Foreign Minister Wang Yi during a visit to Myanmar. It remains unclear what mediating role China might play.

Beijing, which supported the military junta that ruled Myanmar for decades, has backed the country's current government during the crisis.

China's plan then moves to calls for the international community to encourage Myanmar and Bangladesh to keep up talks to find a "feasible solution" after the two nations reached an initial agreement on the repatriation of refugees.

The final phase would involve finding a long-term solution focused on poverty alleviation.

"We hope that Foreign Minister Wang Yi's proposal will not only help to resolve the current Rohingya crisis, but also more importantly will contribute to fundamentally addressing the issue," Lu said.

Myanmar has been widely criticized for a military crackdown that has driven more than 620,000 Rohingya Muslims to flee Rakhine state into neighboring Bangladesh. The United Nations has said the crackdown appears to be a campaign of "ethnic cleansing."

Various rights groups said there was mounting evidence that Myanmar army was conducting in a genocide against the Muslim minority.

China has longstanding relations with Myanmar's military and burgeoning ties with Bangladesh.