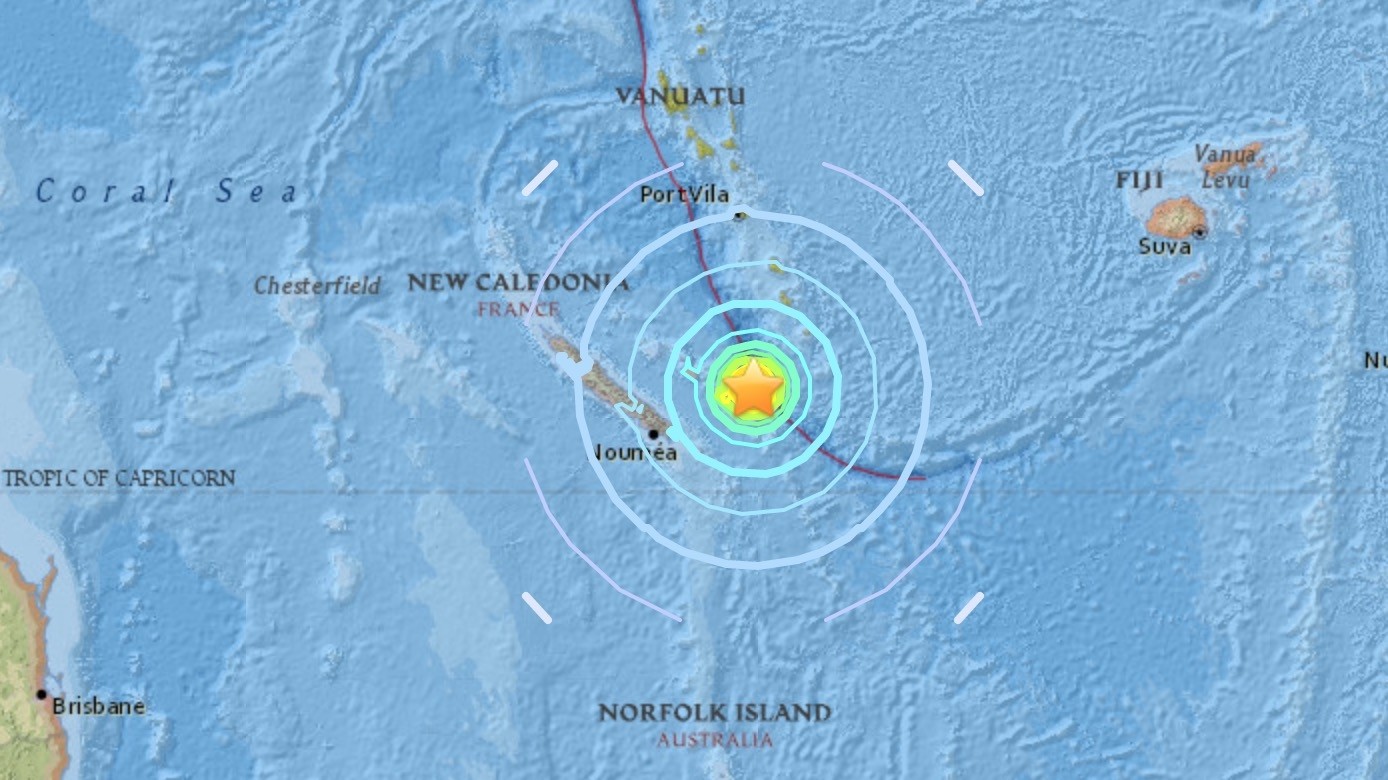 An undersea earthquake of magnitude 7.0 struck 82 kms (51 miles) east of New Caledonia's Loyalty Islands in the South Pacific on Monday, prompting a tsunami warning for coastlines within 300 kms (186 mile) of the epicentre.

The quake, initially reported as magnitude 7.3, was the second major tremor in the same area in less than 24 hours and the third in the past month.

The Pacific Tsunami Warning Center said hazardous tsunami waves were possible along the coastlines of New Caledonia and nearby Vanuatu in the South Pacific.

"Government agencies responsible for threatened coastal areas should take action to inform and instruct any coastal populations populations at risk," the PTWC said in an alert.

"Persons in threatened coastal areas should stay alert for information and follow instructions from national and local authorities."

Authorities in Australia and New Zealand said there were no tsunami threats to either of those countries.