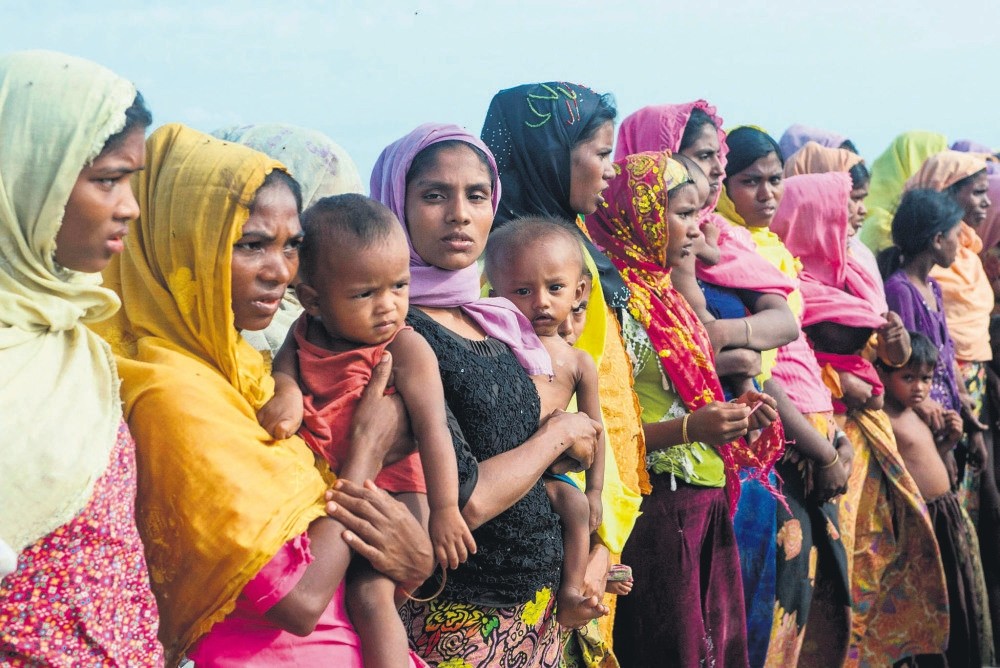 Rohingya women hold their children at a makeshift camp in Rakhine state, Myanmar, Nov. 12.
by Compiled from Wire Services Nov 22, 2017 12:00 am

Myanmar's suffocating controls over its Rohingya population amount to "apartheid," Amnesty International said Tuesday in a probe into the root causes of a crisis that has sent 620,000 refugees fleeing to Bangladesh.

The 100-page report, based on two years of research, says the web of controls meet the legal standard of the "crime against humanity of apartheid."

"Rakhine State is a crime scene. This was the case long before the vicious campaign of military violence of the last three months," said Anna Neistat, Amnesty's senior director for research, as reported by AFP.

Myanmar's authorities "are keeping Rohingya women, men and children segregated and cowed in a dehumanizing system of apartheid," she added.

Amnesty International compiled two years' worth of interviews and evidence in its report, detailing how Rohingya lived within Myanmar, where they were subjected to a "vicious system of state-sponsored, institutionalized discrimination that amounts to apartheid," meeting the international legal definition of a crime against humanity.

Rohingya Muslims have faced state-supported discrimination in the predominantly Buddhist country for decades. Though members of the ethnic minority first arrived generations ago, Rohingya were stripped of their citizenship in 1982, denying them almost all rights and rendering them stateless. They cannot travel freely, practice their religion, or work as teachers or doctors, and they have little access to medical care, food or education.

Amnesty's report said the discrimination had worsened considerably in the last five years.

"I wanted to go to Sittwe hospital for medical treatment, but it's forbidden," Abul Kadir, 36, was quoted as telling the human rights group, according to AP. "The hospital staff told me I couldn't go there for my own safety and said I needed to go to Bangladesh for treatment. It cost a lot of money."

Rohingya have fled en masse to escape persecution before. Hundreds of thousands left in 1978 and again in the early 1990s, though policies subsequently allowed many to return. Communal violence in 2012, as the country was transitioning from a half-century of dictatorship to democracy, sent another 100,000 fleeing by boat. Some 120,000 remain trapped in camps outside Rakhine's capital, Sittwe.

Rohingya were thought to number around 1 million people in Myanmar until late last year. That October, a Rohingya militant group killed several officers in attacks on police posts, and the military retaliation sent 87,000 Rohingya fleeing. A larger militant attack on Aug. 25 killed dozens of security forces, and the military response was swift and comprehensive. By the tens of thousands, Rohingya began fleeing, their villages set aflame, some of the survivors bearing wounds from gunshots and land mines. Though the waves of refugees are now thinner, people are still crossing the Myanmar border nearly three month later.