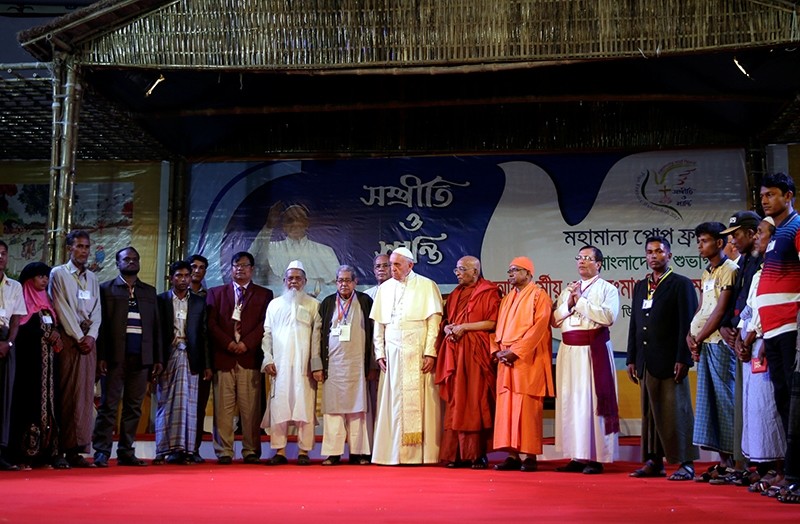 Pope Francis has asked for forgiveness from Rohingya Muslim refugees for all the hurt they have endured, and pronounced the word "Rohingya" that he had so assiduously avoided only days earlier in Myanmar.

In a deeply moving encounter Friday, Francis greeted and blessed a group of Rohingya refugees, grasping their hands and listening to their stories in a show of public solidarity. He apologized for the "indifference of the world" to their plight and then pronounced their ethnic group's name.

He said: "The presence of God today is also called 'Rohingya.'"

The Rohingya traveled to Dhaka from Cox's Bazar, the district bordering Myanmar where refugee camps are overflowing with more than 620,000 Rohingya who have fled what the U.N. says is a campaign of ethnic cleansing by Myanmar's military. Myanmar does not recognize Rohingya as an ethnic group and calls them "Bengalis."