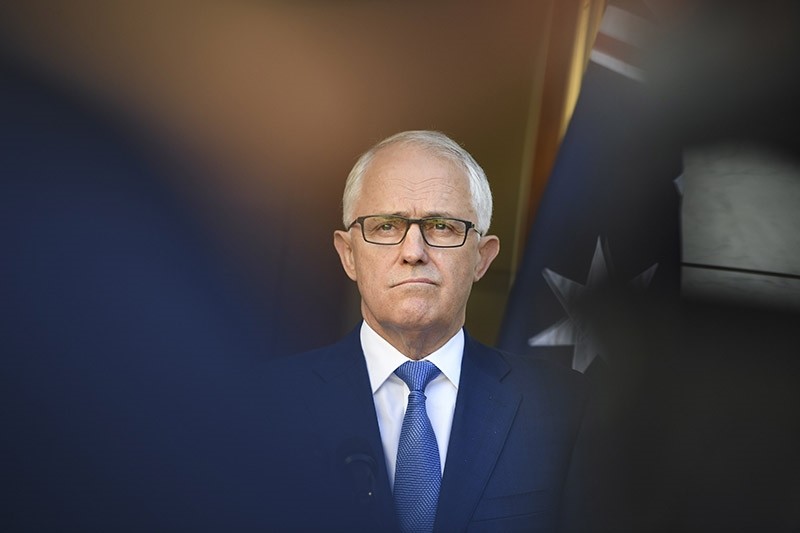 Australia faces a series of by-elections that could topple the government, which trails in opinion polls and has lost its slender majority, in a bizarre citizenship crisis that has engulfed both sides of parliament.

Senator Katy Gallagher, from the opposition Labor party, was referred to the High Court on Wednesday to determine whether she holds British, as well as Australian, citizenship. She is the eighth parliamentarian to be referred to Australia's highest court to have their citizenship decided.

Parliament was also due to debate on Wednesday a Labor proposal to send the cases of another nine lawmakers to the High Court, including four members of Prime Minister Malcolm Turnbull's centre-right government.

Turnbull's tenuous hold on power would come under threat if any of his four coalition colleagues are found to be dual citizens, which would mean they must resign from parliament and by-elections ordered for their seats.

The Liberal-National coalition under Turnbull is clinging to a minority government after the citizenship crisis removed its one-seat majority in the lower house of parliament.

Deputy Prime Minister Barnaby Joyce briefly lost his position when it was found he also held New Zealand citizenship but won his seat back in a by-election last weekend. The citizenship status of at least the latest nine lower house lawmakers was called into question after a deadline for politicians to disclose the birthplace of their parents and grandparents passed on Tuesday.

"There are many inadequate disclosures that ask more questions than provide answers," Labor leader Bill Shorten told reporters in Canberra.

Labor later asked parliament to refer four of its own members, as well as four from the government and an independent lawmaker, to the High Court for determination, the latest twist in a strange citizenship crisis in a country where half of the population were either born overseas or have parents who were.

The government, behind in opinion polls and keen to avoid further by-elections, has so far resisted sending its own lawmakers to court.

However, one government member, former tennis star John Alexander, has already resigned his lower house seat when it emerged he may also hold British citizenship.

Turnbull's government would have to rely on the support of a handful of independent MPs to retain power if Alexander loses a by-election for his theoretically safe Sydney seat on Dec. 19, or if the High Court ousts another coalition lawmaker from the lower house.

"It's uncertain territory, we still don't know for sure who is eligible and who's not," University of Queensland politics lecturer Chris Salisbury told Reuters.