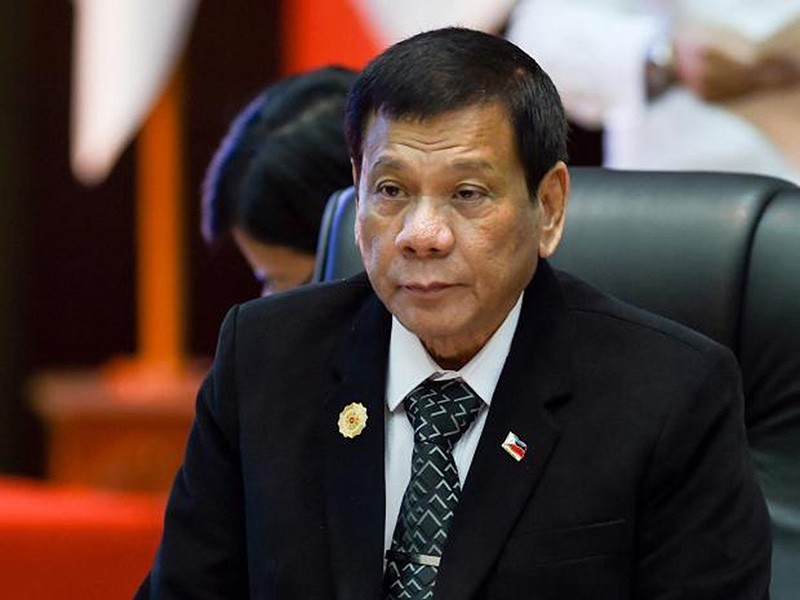 Philippine President Rodrigo Duterte asked Congress on Monday to extend the martial law he declared in the country's south by one year to ensure the "total eradication" of pro-Daesh terrorist groups, warning they plan more uprisings after an unsuccessful but disastrous siege of Marawi city.

Duterte said the remaining militants still hope to establish a caliphate in the Philippines and Southeast Asia after government forces killed more than 900 fighters and quelled the five-month Marawi siege in October.

Left-wing and pro-democracy groups have protested Duterte's imposition of martial law because of human rights concerns, but the Supreme Court has upheld its legality.

In a letter to the Senate and the House of Representatives, Duterte said extending martial law in the southern Mindanao region through the end of 2018 would allow government forces to press offensives against other armed groups, including the Abu Sayyaf and communist guerrillas, who have intensified attacks.

Despite the killing of Isnilon Hapilon, long wanted by the United States and the Philippines, and other leaders of the Marawi attack, "the remnants of their groups have continued to rebuild their organization through the recruitment and training of new members and fighters to carry on the rebellion," Duterte said in his letter, which was provided to reporters.

The Marawi violence displaced about half a million people and turned mosque-studded Marawi's central business and residential districts into a smoldering war zone.

The uprising that began on May 23 prompted Duterte to declare martial law and reinforced fears that Daesh was taking steps to gain a foothold in Asia and elsewhere as it faced battle setbacks in Syria and Iraq.

Some gunmen and commanders managed to escape during the fighting, the military said.

One of the militants who might replace Hapilon, Esmail Abdulmalik, who uses the nom de guerre Abu Turaife, has been monitored to be planning bombings in the south, Duterte said. A Daesh-linked faction in another militant band has intensified roadside bombings and attacks on troops.

Communist New People's Army guerrillas, meanwhile, have taken advantage of the military's preoccupation with extremists and increased their attacks on troops and businesses in the south, killing 41 government security personnel and destroying at least 2.2 billion pesos ($43 million) in property, Duterte said.

The threats continue to make the south a "hotbed of rebellion," he said.

Duterte has called off peace talks with the Maoist rebels to protest their attacks and moved to designate them as terrorists under the law.

He has indicated, however, that he is still open to a resumption of talks if the communist insurgents stop their assaults. "Let's give time for a cooling off with the Communist Party of the Philippines," Duterte said in a speech last week.