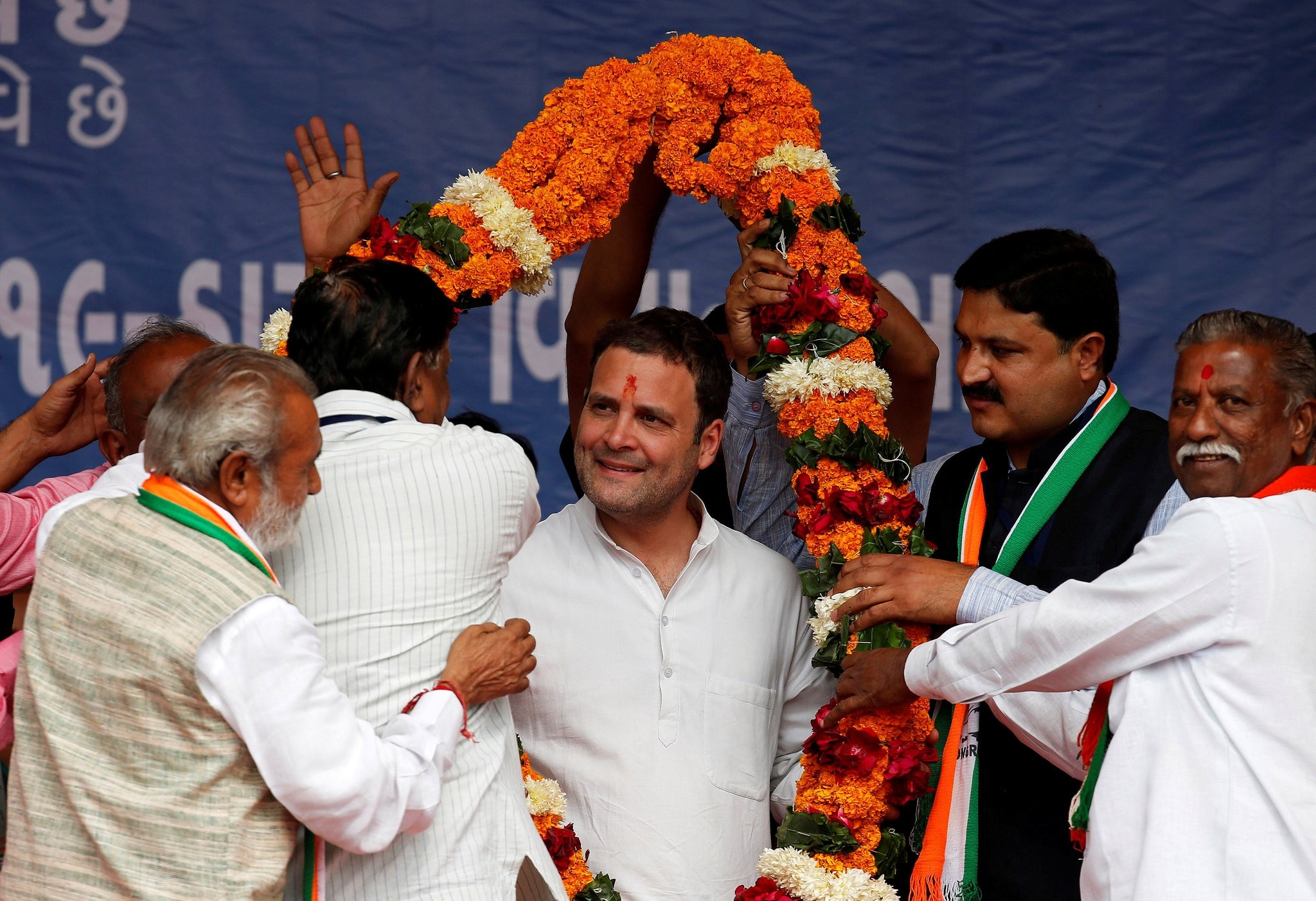 India's opposition Congress party named Rahul Gandhi as its new leader on Monday after years of speculation, calling it a "historic occasion".

Senior Congress leader Mullappally Ramachandran said the 47-year-old had stood unopposed for election as the president of the party his family had led for generations.

"I hereby declare Shri Rahul Gandhi elected as the President of the Indian National Congress," he told reporters outside the Congress headquarters in New Delhi.

"This is a historic occasion."

The announcement caps years of speculation that the scion of the Nehru-Gandhi dynasty would take over from his 71-year-old mother Sonia who has led the party for nearly two decades.

Rahul, whose father, grandmother and great-grandfather all served as prime minister, has been her deputy since 2013 and led the campaign for the last general election.

He will officially take over on Saturday at a ceremony in New Delhi.

Congress party workers let off firecrackers and shouted "long live Rahul" as they celebrated the announcement.

"I have waited for this day for so many years. My joy knows no bounds," said Prem Chowdhury, a long-time party member and former municipal councillor.

Rahul was strongly criticised for a lacklustre campaign for the 2014 general election, in which Congress recorded its worst-ever showing and lost power to Prime Minister Narendra Modi's Bharatiya Janata Party (BJP).

Since the national election defeat, the party has lost polls in many states to the BJP, exposing him to further criticism.

But few inside the party have been willing to publicly criticise the family that has been at its helm for generations.

She was thrust into the cauldron of Indian politics in 1998 when she agreed to take over the leadership of the party after the murder of her husband Rajiv Gandhi.

But the state of her health has been the subject of much speculation in India since 2011, when she went to the United States for surgery.

Rahul has long had the reputation of a reluctant leader who lacks the charisma to revive the flagging political dynasty.

Some Congress supporters have called for his sister Priyanka to take a more prominent role, but she has always refused.

He is currently campaigning for elections in Gujarat, Modi's home state in western India, where the BJP has ruled for more than 20 years.